Michael Laitman, On Quora: “Do heaven and hell really exist?“

Heaven, which in Hebrew is called “Gan Eden” (lit. “the Garden of Eden”), is the light of Hochma.

The “garden” is Malchut, which is the last Sefira in the process of creation, made to receive the entire bounty of fulfillment that was created.

Malchut filled with the light of Hochma is called “heaven” (“the Garden of Eden”). 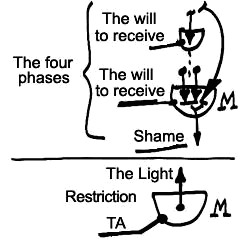 In such a state, Malchut is the Malchut of the world of Atzilut for the souls.

In other words, heaven refers to a state where the souls are filled abundantly with the light of Hochma.

I purposely wrote the spiritual placements of heaven to counter people’s regular ideas about heaven and its contents, because in spirituality, there are no corporeal forms, space, time, images or sounds.

What exists in spirituality? Only forces that have not been dressed in matter.

The spiritual soul is a desire.

The soul becomes filled with the elated sensation of bestowal and love when it equalizes itself to the force of love and bestowal (the Creator).

That sensation is called “heaven.” There is no other kind of heaven.

What, then, is hell?

Hell is a state we experience on our way to heaven.

It is a state where we burn with shame when we discover that our egoistic nature is completely opposite to the Creator’s altruistic nature.

It is a necessary state to feel, because through the sensation of shame, we can reach a decision to restrict our ego, and enter into equivalence of form with the Creator’s quality of love and bestowal.

In the wisdom of Kabbalah, we study about the first restriction (Tzimtzum Aleph) occurring due to the Kli (vessel/desire) discovering its opposite nature of receiving to the Creator’s giving nature, and the shame it felt made it perform a restriction upon itself in order to come closer to the Creator.

Answers To Your Questions, Part 249

“How Do I Tell Fake News From Real News?” (Quora)
Podcast Powered by podPress (v8.8)