“The Hague Vs. Israel: The Tribunal Should Be Within Us” (Newsmax)

My article in Newsmax: “The Hague vs. Israel: The Tribunal Should Be Within Us” 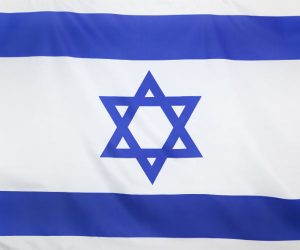 The recommendation to launch an investigation by The International Criminal Court (ICC) in The Hague against Israel for alleged war crimes in the West Bank and the Gaza Strip is another proof that the Jewish nation is once again singled out among all the nations in the world by international organizations. However, if I were to be questioned at the ICC in The Hague, I would not have anything bad to say against the prosecutors, but rather, I would explain to them and to ourselves why the world hates Israel and what it is that we are guilty of.

I would run a quick survey of the system of creation from beginning to end and demonstrate that “no calamity comes to the world but for Israel” (Yevamot 63). The reason for the hostility against us is not because of the “occupation” and has nothing to do with our necessity for self-defense, but is because we fail to execute what the world needs from us: to connect and provide the world with the system for ultimate connection.

According to the wisdom of Kabbalah, the nation of Israel was created differently from all other nations of the world. Ours is a nation established to serve as a source for humanity’s future connection, of every nation in the world. It is why Israel was created and it is our destiny. Moreover, it is what the world subconsciously expects of us.

However, the current situation is that the ego in us increases daily, widening the divide between us to a point of hatred, a hatred that must be covered with love.

Even the issue of the world’s hypocrisy for singling out Israel is out of place.

While it is true that Syria is using chemical weapons against innocent civilians, Turkey mercilessly attacks the Kurds, and Iran shoots demonstrators indiscriminately, if we were to delve into understanding the system of creation, we would see that even these cases are a result of the spiritual negligence of the people of Israel.

We are the ones who fail to rise above the hatred and rejection between us, and the nations of the world reflect the state of our relations. We are not only responsible for this world, but for all the worlds, for better or for worse.

Even if a predator attacks another animal, it is our responsibility; even if one insect kills another it is because of us, i.e., our negligence to awaken the positive force between us that can balance the natural negative force of the ego that is revealed. As it is written, “Love will cover all transgressions.”

Only the balance between hatred and love can stabilize the world.

As long as we are divided and bring no equilibrium to humanity, we the people of Israel, have no right to this land on the shores of the Mediterranean. In his commentary on the first verse in the Torah, Rabbi Shlomo Yitzchaki (RASHI) writes:

The world does not care what goes on among the people of Israel. They hate us and want to see an end to the Israeli enterprise. On the other hand, we are weak and lack an ideological basis and understanding of the conditions upon which we exist here in the land of Israel, and what our role is vis-à-vis the world. Therefore, it is not about a few leaders or political parties who are guilty, nor about war crimes. In truth, we are all guilty for all crimes in the world.

We are a stiff-necked people. Instead of learning how to implement the principles of connection that are embedded in the system of creation, we behave like a small child who is being punished by his mother until he begins to listen and does what is expected of him.

He calls her a bad mother, but just as in our upbringing, there is no choice: we have no option whether or not we should carry out our role.

Over and over again, we have to hear the explanation of our sages until the message filters through and the formula reawakens the desensitized-yet-integral part of us: If we will only get closer and unite among us, we will change the relations that affect the balance of the entire system. We will then be bestowed with honor and appreciation from the world, as is written, “And the people shall take them, and bring them to their place: and the house of Israel shall possess them in the land of the Lord.” (Isaiah 14:2)
[257739]

Live In One Idea

Why We Need This World
Podcast Powered by podPress (v8.8)