The number of mobility startups in Israel has exploded from 87 to 644, making up about 10% of the country’s total startups.

Google bought the Raanana-based Waze for some $1 billion in 2013. And Intel agreed to acquire the Jerusalem-based, self-driving tech company Mobileye, for a whopping $15.3 billion.

BMW, Ford, General Motors, Honda, Uber, Volkswagen and Volvo are all paying attention, and have been investing in Israeli technology since 2016.

Ironically, while Israel is cementing its position as an auto-tech leader, the stats indicate that local car accidents are on the rise.

The Root Cause for the Car Accidents

We typically look for technical reasons when car accidents take place — problems with the car, the road, visibility, etc. And, we typically blame other people for the rise in car accidents, but the truth is that we are all equally to blame. Why? Because at this point in our evolution we’ve simply stopped caring about our fellow man.

The ever-evolving human ego doesn’t allow us to be considerate of other people in general. We simply don’t feel others as important as ourselves. It’s a law of nature.

Our ego literally clouds our field of view from seeing the others in our way. It’s as though they don’t exist. I see only me — where I want to be and how I want to get there. And this dynamic happens not just on the roads. It’s everywhere; from international politics, through trade, to kids at school. Our ego wants others to just move out of our way.

Is There A Way Out?

What can we do? We need to start treating the root problem: we can’t stop the naturally growing human ego, but we can learn how to rise above it, and that’s what the wisdom of Kabbalah is meant to do for us.

Ultimately, we’ll come to a meeting point between mankind and the wisdom of Kabbalah. People will suffer enough to realize that the only way out of our troubles is a new level of human connection, and the Kabbalists, on the other hand, will have to bring their method closer to humanity.

The situation on the roads is just another indication for our lack of mutual consideration. In order to see the other cars around me, I need to feel the people inside those cars as close to me. We need to acquire a sense of how we’re moving together internally, and then we won’t have any accidents externally.

A driver’s ed course, for instance, should be about training us to feel each other and not certifying people before they do. Otherwise, our cars are like dangerous weapons in our hands. And don’t expect autonomous cars to fix our problems. Nature will push us and mold us until we begin to feel one another.

If we don’t train people to feel each other, we’re going to see all kinds of accidents happening everywhere, from the air to the sea. People won’t be able to prevent themselves from causing great harm to each other, as long as our ego grows beyond our sense of others.

So I would recommend a new standard for getting any kind of license — training people to become sensitive to each other. Rather than just technology, Israel should be the first to set these new standards of social connection as a positive example for the rest of the world. Social innovation is the future, and what the world truly anticipates from Israel. 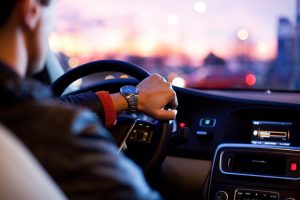 Insurance For The Soul