The sounds of music of the spiritual worlds give us a sensation of harmony and balance between the whole range of sounds. We are essentially enjoying the perfection that we feel in these sounds like in text, in words, or in wisdom, except it’s conveyed through feelings.

The migrants must be quelled, laws should be adopted so the education in migrants’ schools will not be to Germany’s detriment.
Europe should be strengthened not with migrants, but by propaganda of unity, mutual help, interdependence.
Stop dividing Europe.

We are climbing the mountain of bestowing intentions, trying to become similar to the Creator by that. But each time we encounter guards, ego-intentions that fling us down. This goes on till we master the intention of bestowal. Thus, the guards help us acquire the right intention

Let’s hope that we can truly appreciate Baal HaSulam’s height and value:
-his connection with the Creator
-his ability to come down to every person to feel how to convey the explanations
-his delicate rhetoric that avoids offending anyone while bringing everyone closer together

Everything was created so that, by absorbing nature, we’ll become similar to the Creator. Adam = similar.

Sukkot is joy of overcoming ego and revealing light through the Sukkah canopy, the screen we built over our heads. Its return by love, “I am to my Beloved and my Beloved is to me.” First “I am to my Beloved”—inasmuch as I can bestow to the Creator, I feel that He bestows to me.

…. a constantly renewing dwelling, out of things I previously regarded as waste.

The 1st correction is restriction of ego. I come out of my home, ego, and close the door behind me, pledging to never go back to egoistic reception. The guarantee comes from the light, Creator. I then build a Sukkah ….

Sukkot symbolizes building an anti-egoistic screen. We lived in a “permanent home,” the ego – will to enjoy, and now we decided to enter a temporary dwelling, the spiritual path. In spirituality nothing is permanent—we are always in a “temporary dwelling,” in constant change.

The Sukkah canopy must be sufficiently dense to provide more shade than sunlight passing through it. This symbolizes constant concern about such great light of Hasadim that it will cover all our desires, so we won’t fear receiving light inside of us.

…. and can receive for the sake of bestowal, like a spiritual Partzuf.

On the Sukkot holiday we leave our permanent dwelling and enter a temporary one, the Sukkah. The temporary dwelling always changes, but it’s dearer to us than our permanent home because we acquire a “shadow”—a screen over Sefira Malchut, ….

We’re happy about the Sukkot holiday! And we hope that our unity under the arches of a leafy tent, through which the sun or the moon and stars peek, will help us attain the state where we’ll discover that we are permanently connected with one another and filled by enormous light!

We are celebrating a warm, light holiday—Sukkot!
We are building a tent, our temporary home, and if we unite with each other, the temporary home will turn into a temple. I wish us all a light, sweet, warm holiday where we sit together in one tent—all humanity!

…. have enough light of Hasadim to reveal light of Hochma.

Sitting in the Sukkah means being under a screen. Together we can build a screen allowing us not only to bestow, but even to receive for the sake of bestowal—now that’s a real holiday! And we’ll be able to accept “guests” in the Sukkah: …

… for the sake of bestowal.
It’s the commandment of unifying everyone beneath one roof.

The commandment of building a Sukkah includes all the commandments since it talks about the soul’s correction from its fragments by the upper light’s influence via restriction of egoism and creation of a screen, covering desires, egoism with a reflecting screen, ….

It’s because corrections aren’t in individuals, but in the connections between us. We shouldn’t assess a person, but the degree of his good connection with others.

If the Creator didn’t break the common soul, Adam, there’d be nothing to correct. By correcting it, we attain the system and acquire the knowledge to manage it—and by that we are similar to the Creator.

The USA’s drive to isolate from the world is a natural, wise defense against the impending crisis. All that’s left is to correct egoism!

Civilization’s evolution/progress are depleted. Humanity now harms nature. Man as a bio-species has reached an evolutionary impasse.
Society is unmanageable.

Every day, the Jews’ unwillingness to unite evokes the world’s negative reaction to them, since the world needs unity.
Only unity of the Jews will help the world attain this.
#Israel #Antisemitism #Jewish #socialmedia #No2Antisemitism 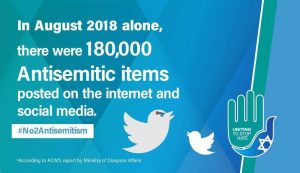 … , i.e. without upbringing. Otherwise the EU will repeat the USSR’s mistake.

Egoism’s evolution begets centrifugal processes in Europe. Everyone already feels that a unified Europe is unrealistic. Now they’re about to be disillusioned about the possibility of creating a communion of European nations without correcting the national egoism ….

Sukkot gathered several thousand of my students from all over Israel and the world in our home. Articles by Kabbalists about Sukkot, shared meals, songs—all these helped us attain inner unity where everyone feels that they are a single soul, filled by the Creator! #Israel 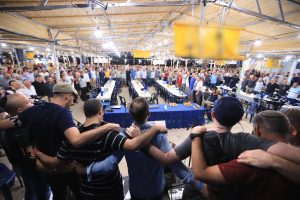 If we can receive for the sake of bestowal, meaning in love, the Creator is revealed as one that fulfills.

If we attain connection in the 10, the Creator will surely be revealed between us. If we can only bestow for the sake of bestowal, the light of Hasadim manifests, the Creator is revealed “from afar” as an educator.

All of creation is a thought. We exist in it. It creates everything inside of it, projects, makes decisions and implements them, bringing all its actions to a designated result. It incorporates all plans, actions, implementation and final result. It’s called the Creator’s Design

Nature’s law is being implemented: humanity’s (egoism’s) development increases its focus on Israel. The state was created in order to, by the nations’ mounting pressure, compel the Jews to carry out the program of creation—by their unity, to set an example for all the nations.

Everything is sent by Him.

Get into the state that the Creator is first:
If I turn to Him, He arranged it.
I’m always the executor!
He evokes everything!
Listen closely, don’t miss what He produces in you.
He’s the first,
All my thoughts are from Him.
I came to—that’s Him awakening me!

Man’s mission is to go from the world of concealed to revealed intentions.

One’s remoteness or closeness to the Creator is assessed only by intentions, not desires. Desires are revealed/obvious by one’s actions. Intentions are concealed and this is the difference between revealed and concealed worlds.

Netanyahu’s firm resolve to defend Israel’s interests is commendable.
However, the wave of #AntiSemitism following his speech won’t die down. It will keep mounting against both Jews and Israel. Very soon the nations of the world will even stop looking for a justification for it.

One’s personality doesn’t matter at all, it can’t be changed. It’s forbidden to intrude into anyone’s inner world, where every person is the King of his Malchut. Only between our Sefirot Malchut, our desires, should we look for ways to connect and restore the broken connections.

In the Soul’s correction we recognize only qualities relating to connection between people. We must see every person as a potential friend, removed from his personal qualities. If the Creator brought him to the group, I have to unite with him. This is the attitude we must adopt.

When does redemption come?
When one begins the act of connection, bestowal in the group, and discovers lack of forces. By revealing 1 desire and 2 impossibility of realizing it, he 3 asks the Creator for help—and then the Creator helps and does it for him (Ashem igmor beadi).

Each one’s personal ego belongs to the animate degree and doesn’t need correction, as with animals. We must engage only in human connections. They belong to the Soul. We must rise above personal qualities to those of the Soul’s/Adam’s breaking, correct rejection to unity/love.

“Waste of barn and winery” exists only in our connection. The more such “waste” we reveal, the larger is the roof of our Sukkah, our anti-egoistic screen, the quality of bestowal and connection between us, and between us and the Creator.

The Screen (roof of the Sukkah)—our connection in spite of egoism—is common to all. Egoism is measured only by rejection from connecting in a ten. Other egoism is personal, beastly. Only spiritual egoism, which emerged from the breaking of Adam, the common soul, needs correction.

Centrifugal processes in the EU are objective and growing. Euro-politicians won’t revert to creating a unified Europe, regarding this unrealistic. But Europe hasn’t given up on forging a unity of nations, soon to repeat the USSR’s mistake, underestimating the power of nationalism.
From Twitter, 10/3/18

Is It Possible To Make Everyone Happy?