Anti-Semitic Flyers In The US

“Are you sick and tired of the Jews destroying your country through mass immigration and degeneracy? Join us in the struggle for global white supremacy.” These were the first words on a flyer that was placed this week in mailboxes in Cary, North Carolina.

This flyer is not the first and certainly not the last. Just two weeks ago, Jewish students at UC Davis were surprised to discover anti-Semitic posters on campus that read “every time some anti-white, anti-American, anti-freedom event takes place, you look at it, and it’s Jews behind it.”

The posters on campus at least blamed Jews for something specific. They accused them of trying to thwart the appointment of Supreme Court Justice, Brett Kavanaugh. However, you’ll find a different reason in every flyer: Jews are guilty of mass immigration, destroying the economy, corrupting the government or what have you.

Throughout history, Jews have been persecuted and accused of almost anything. Kabbalist Yehuda Ashlag writes about this phenomenon: “The fact is that Jews are hated in all nations, whether it is due to religion, race, capitalism, communism, cosmopolitanism etc., the hatred precedes all of the reasons.” Why is that? Because the Jewish people have an obligation to fulfill towards the world. And as long as we ignore it, we will be hated and persecuted.

Unfortunately, most Jews are not aware of their unique function in the evolution of society. As Kabbalah explains, the Jewish people act as a central “hub” within the network of humanity. This is why they were integrated with the world throughout history. When Jews from all walks of life engage in unity above all differences, they enable positive connection across the whole of humanity. On the other hand, when they succumb to conflict and separation, they hold humanity back from its next level of development.

Subconsciously, anti-Semites recognize the unique function of Jews within the human network. However, like little children, they find it difficult to explain their feelings and formulate their demands. Thus, they push, harass and even attack, as they try to call for attention to their distress. We call it anti-Semitism, but in fact, they seek pain relief.

What we see and feel in our world are only consequences that come from a deeper layer of nature. Kabbalah uncovers the natural laws that shape the evolution of human society and how they manifest in the relationship between the Jews and the rest of the world. 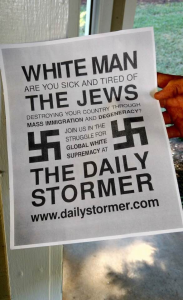