The Kabbalah Channel – In Your Internet Browser

You don’t need a TV
Or cable, or a satellite connection.
At this link,
The Kabbalah TV Channel is always with you:
www.kab.tv

Filed under: Television - No Comments →

Does money have a spiritual meaning? Why does love end up hurting us? Should we be “buddies” with our kids? How do you cope with anger? Do we have to love bad people? What will the world be like in 10,000 years? Does the soul have memory? Why did my business go bankrupt? What does the soul feel when it’s not in the body? How can we teach a child to be “a human being”?

Every Thursday at 7:30PM Israel time, our television channel airs a live broadcast of the show “Ask the Kabbalist.” 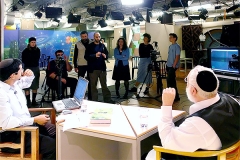 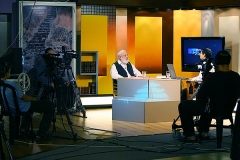 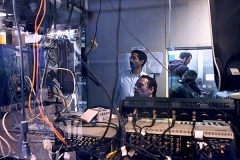 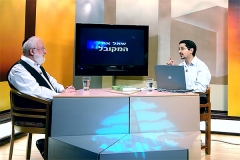 It’s more than just questions and answers, because people aren’t asking questions out of mere curiosity, but to know more about the things they hold most dear, to understand the things that are most important to them. Every question holds within a small part of the world, and when I answer it, I must show that part its place in the context of our entire life. This way, gradually, using your own examples, you begin to see the general picture – the one great whole.

Filed under: Television - No Comments →

The Kabbalistic Definition Of Zion And “The Mixed Multitude”

Two questions I received on Zionism and “the Mixed Multitude”:

Question: What is Zionism? What does this have to do with Kabbalah and Bnei Baruch?

My Answer: “Kabbalah is the method of revealing the Creator to man in this world” (Baal HaSulam, article “The Essence of the Wisdom of Kabbalah”). Zionism is a social movement in favor of returning to Zion (Israel). The Kabbalistic definition is as follows: the Land of Israel is also called “Zion,” from the word Yetzia – “exit” in Hebrew. Any person who exits the limits of our egoistic world and enters the Upper, Altruistic World, enters “Zion.” Mi Tzion Tize Tora (the Torah will come from Zion), means that when a person exits his egoistic state, he comes to the Light.

Question: During the last two lessons, you mentioned “the Mixed Multitude.” Who is this?

My Answer: “The Mixed Multitude” (Erev Rav) are the opponents of Kabbalah who prevent people from coming out of spiritual exile and revealing the Creator. And even after a person aspires toward bestowal and love, Erev Rav prevents him from advancing by any means possible. They came in Moses’s way when he was trying to lead the people out of Egypt (the spiritual exile) toward the revelation of the Creator. They also placed all kinds of obstacles in his way during the 40-year passage through the desert.

Today they also spread all kinds of rumors. They can no longer speak against Kabbalah, because this is no longer possible, but against the people who disseminate it, including our organization. It is written that they are Irei Hashem Ovdei Paroh – those who fear the Creator, but desire to remain inside their egoism.

The Gaon of Vilna (Agra) wrote in The Light of the Zohar, 3: 28 “Adam Ve Ishto”: “In the future Moses will reveal everything to us, unlike the way it is now hidden in the Torah in the form of stories intended for Erev Rav, who do not study the inner meaning.”

Related Material:
Kabbalists Write about the Wisdom of Kabbalah
Chapter from Book The Kabbalah Experience: “Spiritual Work”
Shamati #33: “The Lots on Yom Kippurim and with Haman”
Shamati #54: “The Purpose of the Work”
Baal HaSulam Article:” A Speech in Celebration of the Conclusion of The Zohar”

Our virtual lesson series continued this last Sunday from 4:00pm to 5:15pm with the third lesson on Baal HaSulam’s article, “Introduction to Talmud Eser Sefirot.”

Join us for these lessons live, or you can watch or listen to them using the links below.

Where Is The Boundary Between This World And The Spiritual World?

Questions I received from women on connecting spirituality with this world:

Question: I’ve been studying Kabbalah with Bnei Baruch for two years, and at the same time I earned a degree in Economics. However, I don’t feel any desire to advance in the material life. My family is worried about my apathy. Is it possible to balance work in finance with spiritual growth? Also, how can I influence my family, who think that a woman has to act the way society expects her to?

My Answer: Your actions mustn’t harm your family, and everyone should feel that you are part of the family. You can study Kabbalah only if everything is normal in your regular life, and to the extent your free time allows for it.

Question: My daughter is so engrossed in Kabbalah that the rest of the world means nothing to her anymore. She puts Kabbalah before everything and doesn’t want to do anything else. She’s not interested in going to a university or working, and claims that she has the right to live however she wants to and doesn’t have to follow the social norms. I feel like we’re losing our daughter and the society is losing a citizen. She used to be a very successful student and this is the result. What should I do?

My Answer: Anyone you ask will confirm that I encourage people to get a profession, to create a family and so on, because the only way a person can correct his or her self and reach the Upper World is from a “normal” position in this world. Either your daughter doesn’t understand this or her profession isn’t practical; one that won’t allow her to make a living.

Question: Please help me understand the connection between spirituality and corporeality. On one hand, the material world is the world of effects, and on the other hand, it has nothing in common with the spiritual world. Where is the boundary that marks the end of spirituality and the beginning of corporeality, which isn’t connected to spirituality at all?


Filed under: Women - No Comments →

Why Is The Financial Crisis Causing A Revival Of Anti-Semitism?

The drastic rise in the number of anti-Semitic incidents is also observed in Austria, Belgium, Switzerland, France, Greece, and Great Britain.

My Comment: Everything is happening according to the law of nature! They hate and punish us because we do not carry out our mission of “bringing the Light to the nations.”

The only way we will be able to save ourselves, and even earn the world’s respect and gratitude, is by disseminating Kabbalah. See items 70 and 71 of the “Introduction to the Book of Zohar.”

Related Material:
Laitman.com Post: Why Does Everyone Hate Israel?
Kabbalah Today Article: Mission Possible (and Mandatory)
Kabbalahblog.info Post: A Trail of Anti-Semitism
Chapter from Book From Chaos to Harmony: “Anti-semitism”
Chapter from Book Interview with the Future: “A Mature Approach to Pain”

I participated in two conversations for the TV Series “The Butterfly Effect.” One was on the social economy, and the second – on the global solution to the economic crisis.

Speaking with me was Shlomo Maoz, the chief economist at Excellence Nessuah Investment House.

Shlomo Maoz is a famous international economist, who predicted a number of trends in the global economy, and whose forecasts and advice are valued in the financial market. In this case he again expressed the most correct solution from the perspective of common (egoistic) sense! However, Kabbalah’s point of view is different.

His advice on how to overcome the financial crisis is the following:
1. We have to return to “life at home,” work less, restrict the high-tech industry and the Internet, spend more time with our families and maintain a small community. The Internet is the source of the crisis because it has connected the whole civilization on earth into a “small village” (see my comment #1 below).

This advice clearly echoes the history of Ancient Babylon:
4500 years ago, the ancient Babylonian civilization – which included all of humanity within a closed area – began to experience a global crisis of a “small village”:

Then two propositions emerged:
Abraham proposed for everyone to unite “as one family,” which is what Nature compelled them to do. This union could be achieved by using the science of Kabbalah that he revealed.

Others, led by Nimrod, were against this, and since the other path was egoistically clear to everyone, the majority of the people accepted it. Hence they scattered all over the earth, destroying the connections of a “small village” among each other and annulling the globalization.

This is what Shlomo Maoz proposes we do today. The proposition is correct and addresses the problem. However, in our time it cannot be the solution. It is similar to other “solutions,” such as how to break our relationships by means of another world war, or to discontinue our communication artificially. However, there is no going back because today our egoism embraces the entire civilization on earth.

The science of Kabbalah says that we cannot go our separate ways peacefully a second time. Instead, mankind will all but destroy itself by engaging in the Third and Fourth nuclear World Wars. Then only a few people will remain on the Earth, and they will nevertheless correct themselves (our souls) and will attain the goal of  creation – similarity to Nature (the Creator).

In the past, only a few people heeded Abraham’s advice. They later became known as Israel, which means “straight to the Creator.” Today, just like Kabbalah had predicted for thousand years, we find ourselves in the same situation. However, the solution isn’t to disconnect, as this will bring about Nazism and cause us to annihilate each other. The solution lies in creating an even greater connection with each other!

My Comment #1: Today humanity is experiencing a period that’s similar to the mid-life crisis of an individual. The inertia to move forward that started at birth is running out. Now we have to progress consciously, by our own efforts. We have to understand where we are moving and why: what is the goal? When a person doesn’t understand his goal at mid-life, he starts resorting to extremes: earning a bundle of money,  remarrying someone younger, and so on. His greatest fear is to remain alone with his own thoughts and the ultimate question: “What is this all for?”

This is why now, as strange as it may seem, society is somewhat happy to encounter the financial crisis, because it can hold it accountable for all the incomprehensible negative phenomena it has been facing over the recent years, such as the lack of a clear direction for further development, a dead end in international relations, and geopolitical changes. Now there is an understandable common problem that has to be combated. All the rest can be put aside for the time being.

My Comment #2: Let’s recall an example of the right attitude to the world as told by the Biblical story about the heavenly manna. The people were instructed to gather exactly as much as they needed to eat in one day. All the excess would spoil overnight, because it didn’t belong to them! So, the current crisis is teaching us to get rid of the excess. When the crisis deepens and spreads even more, people will start thinking that it’s useless to make such great efforts to gather something that will spoil anyway.

For more on this, see the newspaper “The Nation“, the book From Chaos to Harmony, and my lecture in Arosa.