“A Jewish Lobby At The Highest Level” (Linkedin) 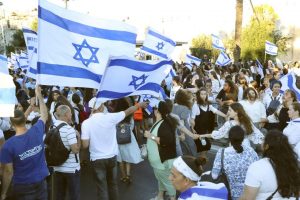 Two critical issues are currently on the table of the Biden Administration. Besides the intention of reopening a U.S. consulate in Jerusalem for Palestinian affairs which would divide Israel’s capital, the reopening of the PLO mission in Washington is also at stake. Israel cannot afford to fall asleep in the face of these matters and wait for a sunny day.

The progressive sector within the Democratic Party is flexing their political muscle to bring these aspirations about. Where are the American Jews in the whole story? Unfortunately, they are outside the decision making process; they do not have much power to resist this situation. For years, the Jewish lobby and its influence on the American administrations has been in steady decline. This is a subject no one is willing to address, either to avoid provoking fear, or in some cases, because of a lack of interest in strengthening the lobby anew.

Moreover, many American Jews have aligned with the Left-leaning progressive agenda of the Democratic Party which legitimizes foreign affair decisions “for the sake of Israel,” even if in reality they are actually harmful to the Jewish state.

Some of them may be unaware of the dangerous situation they are putting us in here, while most take these positions quite intentionally. How can such actions be explained? Because, what need do they have for power or influence if the State of Israel is like a bone in their throat to begin with? Israel is for them an ideal they do not relate to as Jews, nor to its policies which are a burden to them. If so, it is only natural to desire to get rid of such a heavy weight instead of fighting for a cause that is not considered their own.

Israeli representatives may try to court members of the anti-Israel Democratic wing, tempted by their beautiful facade, when in fact they are wolves in sheep’s clothing.

So, if we in Israel do not remain attentive and keep a close guard of our nation, the outcome will be exactly as our sages warned, “Zionism will be cancelled altogether… and its residents are destined to endure much suffering. Undoubtedly, either they or their children will gradually leave the country, and only an insignificant number will remain, which will ultimately be swallowed among the Arabs.” (The Last Generation, Yehuda Ashlag)

Before the U.S. election I spoke a lot and openly about the dangers that lie within the Democratic Party, and now we see them actually materializing. It could easily become the preamble to increasing pressure against Israel more intense than during Obama’s term in office.

It is not too late to change our fate and correct the situation. The question is whether there is anyone who is willing to do it. This requires people who, on the one hand, feel the severity of the situation and the dangers involved, and on the other hand, are able to recognize that the rescue will come through the unification of the nation of Israel.

Where are those willing to do all in their power to bring us together as a society to the imperative goal? Where are the leaders who will encourage us to shorten the distance between us and implement the premise, “love your neighbor as yourself?” In the meantime, there are only public complaints about the state of affairs but complaints will never be enough to bring the boat through stormy seas to a safe port.

We need to realize that our greatest danger does not come from external forces. Those hostile forces we perceive are just a reflection of our laziness to take our destiny into our own hands. We wreak havoc upon ourselves, unaware of our potential inner strength which is the highest Jewish lobby we could ever achieve. As it is written, “The genuine movement of the Israeli soul at its grandest is expressed only by its sacred, eternal force, which flaws within its spirit… a nation that stands as a light unto nations, as redemption and salvation to the entire world for its own specific purpose, and for the global purposes, which are interlinked.” (Letters of the RAAIAH, Rav Kook)
[289403]

A Lens To The Upper World

“A Two-Step Plan For Reconciliation With The Arab World” (Linkedin)
Podcast Powered by podPress (v8.8)