“A Two-Step Plan For Reconciliation With The Arab World” (Linkedin) 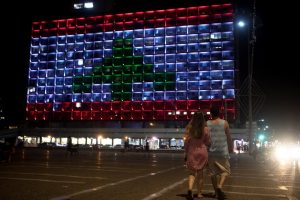 I heard that some Israelis are happy about the feud between Lebanon and Saudi Arabia and that the latter, along with some of its allies from the Gulf, have called back their ambassadors from Beirut. I can understand the feelings of those Israelis. After all, Lebanon has played host to Hezbollah for decades, and Lebanese territories have long become a “launching pad” for operations against Israel. Yet, I think that in the long run, our relationship with Lebanon, and with the Arab world in general, depends more on the relationships among ourselves than on our relationships with other nations.

Therefore, to win the Arab world’s respect and to be regarded as an entity to be reckoned with, we must become a strong, uniform nation.

After we achieve step one, step two will be much easier. Among Israelis, Arabs are often referred to as “cousins.” It is not a cynical or derogatory term at all. Jews never forget that the two religions have the same father, and that Isaac and Ishmael were brothers. Abraham loved both of them, and so should we, their descendants, love each other like family.

Therefore, once we, Jews, make peace among the siblings, we should stretch out our hand in peace and open our hearts to our kin.

For the time being, we clearly need military protection against those trying to destroy us. But we should not rely on weapons, but on closeness of the hearts. If we focus on our internal unity first, and immediately following, turn to our Arab neighbors in peace, I have no doubt the two nations will become a role model for the world to follow.

“A Jewish Lobby At The Highest Level” (Linkedin)