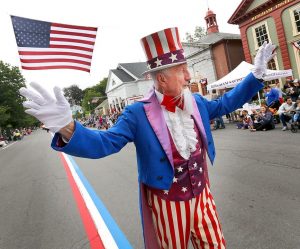 As America celebrates its 245th Independence Day, the United States faces two serious threats: the Covid-19 pandemic and its recent Delta variant and record-breaking extreme heat waves in North America. On this important occasion I wish for America to overcome its challenges by building a safer nation that is resistant to all the phenomena from nature and the polarization within society. They need to properly realize their power and make good changes within the country if they want to thrive.

North America is boiling, literally. The traditional 4th of July fireworks displays have been postponed or canceled in certain locales due to heat indices and drought conditions. There are also recommendations to stay indoors. In Portland and Seattle, temperatures reached a record high of 116 degrees Fahrenheit. Health authorities in British Columbia, Canada also reported unbearable temperatures that caused the deaths of at least 700 Canadians.

We should not conceive these blows in North America as punishment. For instance, I do not see Americans as the worst people that have made terrible mistakes or committed some injustices that made them deserve this. It is natural for the whole continent and, actually, the whole world to experience extreme weather.

The world has been evolving and has now reached a new stage of development, a completely different level; humanity must fully recognize the unity of nature as a holistic system, one whole. We need to comprehend that the state of nature depends on the relationships between human beings, the highest level in the pyramid of nature, which influences the rest of the system: inanimate, vegetative, animate, and human itself.

Therefore, if we try to build a balanced system of human relations, all of nature will calm down. The comprehensive solution to the ecological and social dangers we face lies in efforts toward global connection in which we will feel how dependent we are on everyone. Therefore, we will think twice before engaging in any ill-treatment of anyone else.

So how do blows help us advance? Americans are so proud of their independence, more than and above all other countries, and now they are entering the process of testing their own independence, their values, what they are independent from, and what is worth dreaming of. I think it is the beginning of a long and extraordinarily special learning process that will be accelerated by the current political scenario in America where the heat waves are burning the social cohesion.

America has built a strong and prosperous country with a good infrastructure and know-how on how to use money well. But can they still use everything they have built rationally? I am not quite sure, I am very worried about their future. They need to do more to abstain from political divisions and to think about how to build a stable society otherwise they will not be able to successfully face the threats from natural phenomena and internal explosions from various factions within their society. There are many countries in the world waiting for America to reach an internal boiling point and explodes. This sounds like bad news, but it is actually good news because America now has an opportunity to revive with a new awakening, and real chance to reach a true Independence! I wish you success!
[284469]

The Coronavirus Is Coming Back