“What Can Be The Solution/s To The Israel-Palestine Conflict?” (Quora)

Michael Laitman, On Quora: “What can be the solution/s to the Israel-Palestine conflict?“

The current Israel-Palestine crisis is another chapter in an age-old conflict dating back to our early efforts to reestablish a Jewish State.

Why is our unity the definitive factor in this conflict? 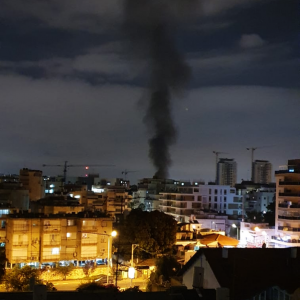 It is because unity, and specifically unity above division, marks our uniqueness and what made us a Jewish people to begin with some 4,000 years ago in ancient Babylon. When Babylon experienced a crisis of social division, with conflicts and hatred tearing apart the ancient Babylonian society, Abraham—a Babylonian priest who discovered the path to unite above the growing divisions, i.e., reaching the revelation of the single force of love and bestowal that exists in reality above the growing ego—began openly teaching this path he discovered to anyone wanting to learn.

Since division throughout society was felt as a major problem, several people gathered around Abraham and implemented the method he taught. They went on to discover the unique unifying force of love above their divisive drives, and by doing so, became known as “the people of Israel.” The word “Israel” comes from “Yashar Kel,” which means “straight to God,” i.e., straight to the single force of love that fills reality. Later, this group became known as “the Jews” (the Hebrew word for “Jew” [Yehudi] comes from the word for “united” [yihudi] [Yaarot Devash, Part 2, Drush no. 2]).

Therefore, the Jewish nation was founded on this ideological basis. People living in ancient Babylon, who felt the pressure of the divisiveness and hatred of the time, gathered under Abraham’s guidance, and they eventually united above their divisive drives. By doing so, they became known as “a light unto the nations.” That is, their attainment of nature’s unifying force above the human ego, which causes all the divisiveness and problems in society, positively affects all of “the nations,” i.e., all people in the world. A critical mass of people uniting in love above their differences and divisions spreads love, unity, mutual care, support and encouragement throughout humanity at large. And when people feel this force of unity connecting them, they feel happier, full of confidence, strength and warmth, and then they revere the source that brings them such sensations.

As it was then, so it is today, but on a much greater global scale.

The human ego, divisiveness, conflicts and hatred are all on the rise, and they lead to crises across the board. For instance, the escalation in Israel and Palestine comes during a period of mass shootings in the United States becoming almost as commonplace as eating breakfast, and more generally, despite our increasing technological and economic connections worldwide, we feel more isolated, stressed, depressed, empty and anxious than ever before. The more people feel all kinds of negative feelings and phenomena in their lives, the more feelings of discontent toward the people of Israel surface.

If we Jews function according to the original unifying inclination that brought us together, we will then spread a positive unifying force to the world, and thus experience a positive reaction from the world. If, however, as is currently the case, we fail to make moves toward our unity, then we obstruct the positive unifying force from reaching humanity, and hatred naturally stirs up against us in order to prod us to unite. It is thus my hope that we will wake up to our fateful need to unite sooner rather than later, as doing so would spare ourselves and humanity much pain and sorrow.

We simply have no clue as to what a unifying calibration of our attitudes to each other would result in. The current Israel-Palestine crisis will calm down, and moreover, crises spanning personal, social, economic and ecological levels all throughout humanity would also subside. The rampant exploitation, manipulation, hatred and abuse in humanity would invert into its positive forms of mutual support, consideration, encouragement, love and care.

That is why I put in so many efforts to spread the message about the need for Jewish unity, because its implementation or neglect will determine whether humanity shifts to a harmonious and unifying course of development, or whether we will continue declining down the current divisive path.

* See my book, The Jewish Choice: Unity or Anti-Semitism: Historical facts on anti-Semitism as a reflection of Jewish social discord, for more details on this topic.

“Our Own Worst Enemies” (Linkedin)

“No Victory Without Conviction, And No Conviction Without Unity” (Linkedin)
Podcast Powered by podPress (v8.8)