“No Victory Without Conviction, And No Conviction Without Unity” (Linkedin)

My new article on Linkedin “No Victory without Conviction, and No Conviction without Unity” 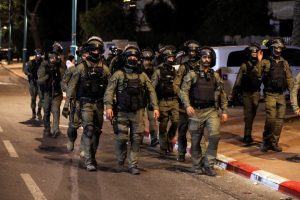 The State of Israel is unique on so many levels it’s hard to know where to begin. But perhaps we should talk about how Israel began, because if we know how it began, perhaps we’ll be able to understand the present complicated situation a little better. The idea of a contemporary Jewish state began in the late 19th century after pogroms against Jews in Russia, combined with socialist ideals that many secularized Jews embraced, led to the creation of Hovevey Zion [Lovers of Zion], the first Zionist movement. At the same time in France, the Dreyfus affair, when a Jewish French army officer was falsely accused of espionage for Germany, shook up a Jewish Viennese journalist named Theodor Herzl and drove him to realize that only a Jewish sovereign entity would save them from antisemitism.

We, Jews, are living in the State of Israel not for our own sake. It may appear as if we are, but it is only an illusion. We are here for the rest of the world, and unless we understand this and convince the world that this is so, we will not have the world’s support or the conviction in our being here.

As a result, at around the same time, Jews began to build and settle in Palestine, then an Ottoman province, as well as build political institutions for a future state. The Russians, who were virulently antisemitic, did not oppose the departure of the Jews from their midst, and the Ottomans had no interest in the forgotten province that was mostly marshland infested with mosquitoes and malaria.

During World War I, the British Empire conquered much of the Middle East, including all of Palestine. The British, influenced by Christian values, believed in the Biblical promise to the Jewish people. Encouraged by Jewish Cabinet members, the British government declared in 1917 that it “view[ed] with favour the establishment in Palestine of a national home for the Jewish psshheople” and to “use their best endeavours to facilitate the achievement of this object.”

Despite ups and downs in the relationships between the Jewish settlement in Palestine and the British authorities, the national home gradually took shape. When the Nazis came to power in 1933, they aggressively urged Jews to leave Germany and go to Palestine. They even allowed German Jews to take most of their wealth with them to Palestine, which was exceptional since Germany had strict currency rules forbidding export of German Marks so as not to devalue their currency. Indeed, much of the industry required for the establishment of an independent country, such as weapons, food producing factories, roadworks, and steel industry, was established thanks to Jewish money that poured out of Nazi Germany with Germany’s and Britain’s support.

Finally, in 1948, in the wake of the Holocaust, the League of Nations voted in favor of establishing a Jewish state in Palestine, and the State of Israel was founded.

We therefore see that in the making of the Jewish state, other nations, and eventually the majority of the world, supported the establishment of the State of Israel. No other country has had such support; no other country was confirmed and recognized by the world’s key establishment even before it was established. In fact, even the victory of the Jews in the War of Independence that followed the League of Nations’ declaration was achieved with the active support of foreign countries who sold weapons and ammunition to the fledgling country, with a few even joining the armed forces.

However, for all the support that the Jewish state received in its infancy, it would not have won the war against the armies of six Arab countries—which were far better equipped and outnumbered the Jews by dozens of times—were its people not convinced that their cause was just and necessary.

Today, the situation is to the contrary. We have lost the support of the world, and, even worse, we have lost the conviction in our being here. In order to renew it, we must understand why we are really here.

We, Jews, are living in the State of Israel not for our own sake. It may appear as if we are, but it is only an illusion. We are here for the rest of the world, and unless we understand this and convince the world that this is so, we will not have the world’s support or the conviction in our being here.

Therefore, our conviction depends on our union “as one man with one heart,” or at least on striving to reinstate this bonding. If we do this, we will become what we were tasked with being—“a light unto nations.” Our unity will set an example of rising above enmity and will “convince” the world that we “deserve” to be here. We do not need to prove anything or convince anyone. All we need to do is unite among ourselves.

I know that achieving unity among Jews is harder than any task, and that every Jew would prefer to unite with anyone but fellow Jews. No hatred is as deep as the hatred of the Jews for one another. This is precisely why when this hatred is resolved, all hatreds will be resolved.

It therefore turns out that unity is the basis of our success, a precondition for our conviction in being here, which in itself is a precondition for our victory. If we want peace, we must begin with peace with one another.
[282279]
For more on this topic, refer to the books The Jewish Choice: Unity or Anti-Semitism, Historical facts on anti-Semitism as a reflection of Jewish social discord, and Like a Bundle of Reeds: Why unity and mutual guarantee are today’s call of the hour.

“What Can Be The Solution/s To The Israel-Palestine Conflict?” (Quora)

“The Illusion Of Coexistence” (Linkedin)
Podcast Powered by podPress (v8.8)