“Can We Bridge A Chasm That No One Wants To Bridge?” (Linkedin)

My new article on Linkedin “Can We Bridge a Chasm that No One Wants to Bridge?” 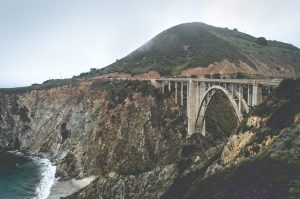 It is written, “Where there are no people, try to be a person” (Mishnah, Avot, 2:5). It seems very fitting that we should invoke this adage at a time when people have lost all trust in one another, in the authorities, and feel hopeless about the future. We are going through a hard awakening, a reckoning of the fragility of our society.

Democracy has proven its vulnerability once more. Italy was a democracy before it fell prey to fascism. Germany was a democracy before it succumbed to Nazism. Even the founder of China’s communism originally intended to form a democracy. The celebrated historian Maurice Meisner wrote about Mao Zedong, “Neither the terms ‘socialism’ nor ‘Bolshevism’ appeared in Mao’s ‘Manifesto.’ Rather, it was ‘democracy’ that Mao called ‘the basic ideology’ of resistance to oppression.” Now, it seems as though the United States of America is going through the same ordeal when a dream becomes a nightmare.

Does democracy always have to fail? Why does totalitarianism always seem to overcome it? Perhaps if we understand this, we will understand how to save our agonizing society.

Like it or not, different people have different views. There will never be sameness of ideas in any society at any time because, as our sages said (Midrash Rabbah, 21:2), “As their faces are not similar, so their views are not the same. Rather, each and every one has his own opinion.” So how do we determine who is right when we are destined to be different? Why must my opinion be right and the other’s opinion wrong if neither of us can convince the other? Is there a bug in the system?

No, there is no bug. The bug is in our understanding of the system. There is no similarity of views because there isn’t meant to be. There is meant to be diversity! Again, different opinions are not disagreements; they are diversity!

Animals, too, kill each other for food, but thereby maintain the health and guarantee the survival of the species that they hunt. We are living in a world of contradictions because only contradictions guarantee development and progress.

But we, people, are an exception. We establish democracies precisely because we value diversity and the necessity for disagreements as a basis for advancement, yet we yield before our egos and determine that only our view is correct. As our egos take control, we lose sight of the fact that stymying diversity is a death sentence to ourselves and to society? How can we not realize that it is precisely the opposite opinion that makes our own opinion matter? How can we not realize that it is my ideological adversary who gives my ideology merit?

If we silence one another, we will not only silence ourselves, as well, we will silence our minds, our hearts, and will eventually destroy our society and our lives. Nothing can be more dangerous than the belief that only I am right, and anyone who disagrees with me is wrong.

Being a person, to return to the opening proverb, means championing diversity when everyone scolds it. It means not thinking that only my view is right, but rather maintaining my view because this is my side of the bridge, while cherishing the fact that other people, who maintain other views, are maintaining the other side of it. The name of the bridge is diversity, and we build it by championing multiplicity of views. This is the only way we can begin to advance.

Just as we cannot walk on only one leg, but need both legs in order to move forward, so our opinions need each other so that we, as a society can advance. Where there are no people, it is because there are no bridges between them. Build them, and be a person.
[276973]

“Toward A Year Of Reckoning” (Linkedin)
Podcast Powered by podPress (v8.8)