How Are The Five Worlds Connected To The Five Senses?

Answer: The light impacts the desire according to the four phases of direct light. The successive development of the first, second, third, and fourth phases of light comes from this desire. 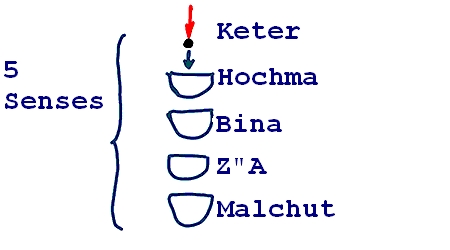 According to the wisdom of Kabbalah, they are called the four phases of direct light because Keter is considered the primordial foundation. Our five senses are in the image and likeness of the four phases.

ZA is also divided into six internal parts. These six parts and the four phases add up to ten parts. 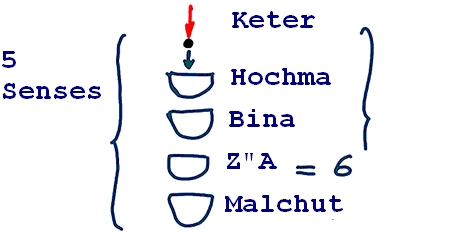 This is actually the main classification in nature into five or, on a larger resolution, into ten parts.

In our world too, everything is also divided into five or ten parts in accordance with the upper world. This is how the whole global system: all the worlds, Partzufim, Sefirot, souls are classified because this is how the upper light impacts the desire and develops it in exactly five stages.
[240416]
From KabTV’s “Fundamentals of Kabbalah” 11/11/18

Related Material:
Five Worlds Between The Creator And Us
The Fractality Of Nature
Is The Universe A Hologram?