“What Language Was The Bible Originally Written In? How Accurate Was The Translation?” (Quora)

Michael Laitman, On Quora: “What language was the Bible originally written in? How accurate was the translation?“

According to the wisdom of Kabbalah, the Torah describes the complete method for the Creator’s attainment.

The Torah is written in the language of branches. It is a language that gives names to spiritual forces according to their corresponding manifestations in the corporeal world. Therefore, although many think that the Torah describes events that took place in our world, from a Kabbalistic perspective, the Torah in fact depicts processes, structures, and interactions in what is called “the spiritual world” or “the upper world” where there are only immaterial forces.

Why did Kabbalists make such written depictions of spiritual forces? 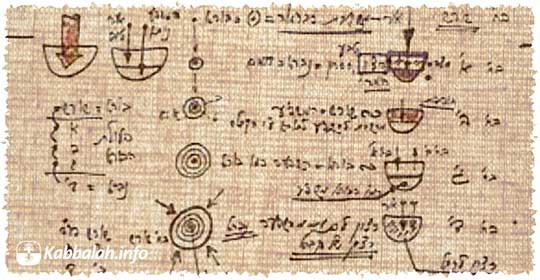 It is so that students wishing to attain spirituality could attract the influence from the spiritual world upon themselves by reading. In Kabbalah, such an action is called attracting the Ohr Makif (surrounding light).

Perceiving the spiritual world means sensing eternity and perfection that comes from attaining similarity of qualities with the Creator. In other words, as the Creator is a quality of love and bestowal, so by drawing the surrounding light upon ourselves, we become more like that quality, changing (or “correcting”) our opposite egoistic nature to become more giving like the Creator.

If we had no such method, we would stay on the animal level of existence, where we get born, try to survive and prosper as much as we can while alive, and then ultimately die—over and over again.

We would achieve no sense of eternity, perfection, and knowledge of the Creator.

The language of branches, which describes the spiritual forces (“roots”) with the help of their corporeal manifestations (“branches”), has four variations. In other words, there are four kinds of languages of branches:

Kabbalist Yehuda Ashlag (Baal HaSulam) further explains the language of branches at great length in his article, “The Essence of the Wisdom of Kabbalah.” The following is an excerpt:

“This means that the branches indicate to their roots, being their molds that necessarily exist in the Upper World. This is because there is nothing in the reality of the lower world that does not stem from its Superior World. As with the seal and the imprint, the root in the Upper World compels its branch in the lower one to reveal its entire form and feature, as our sages said, that the fortune in the world Above, related to the grass in the world below, strikes it, forcing it to complete its growth. Because of that, each and every branch in this world well defines its mold, situated in the Higher World.

“Thus, Kabbalists have found a set and annotated vocabulary, sufficient to create an excellent spoken language. It enables them to converse with one another of the dealings in the Spiritual Roots in the Upper Worlds by merely mentioning the lower, tangible branch in this world that is well defined to our corporeal senses.

“The listeners understand the Upper Root to which this corporeal branch points because it is related to it, being its imprint. Thus, all the beings of the tangible creation and all their instances have become to them like well-defined words and names, indicating the High Spiritual Roots. Although there cannot be a verbal expression in their spiritual place, as it is above any imagination, they have earned the right to be expressed by utterance through their branches, arranged before our senses here in the tangible world.

“That is the nature of the spoken language among Kabbalists, by which they convey their spiritual attainments from person to person and from generation to generation, both by word of mouth and in writing. They fully understand one another, with all the required accuracy needed for negotiating in research of the wisdom, with precise definitions one cannot fail in. This is so because each branch has its own natural, unique definition, and this absolute definition indicates to its root in the Higher World.”

“How Can I Learn To Remain Calm In Any Situation?” (Quora)
Podcast Powered by podPress (v8.8)