“What Is The Spiritual Meaning Of Tisha B’Av?” (Quora)

Michael Laitman, On Quora: “What is the spiritual meaning of Tisha B’Av?“

Our world is governed by two forces, positive and negative, and we humans exist between these forces. In spirituality, the root of the negative force is called “Tisha B’Av” (“the 9th of Av“).

Even as far back as in ancient Babylon, the negative force always reveals around this special date. Whether it be the sin of the spies, the ruin of the First Temple, the exile of Babylon, the ruin of the Second Temple at Tisha B’Av, and the expulsion of Jews from the Land of Israel, or afterward from Spain, Germany and England, the people of Israel execute major sins and also receive punishments on Tisha B’Av.

Why do such sins and punishments take place?

It is all because we fail to bring the positive force in advance of the negative force that reveals at Tisha B’Av. 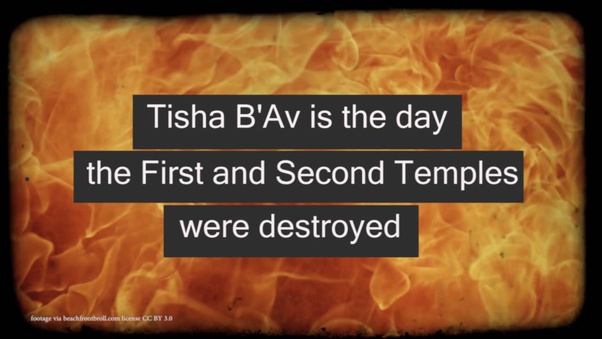 In each case, we encounter a shattering due to our growing distance from each other, which unleashes the negative force among our relations.

“As the natural death of the individual results from disharmony among one’s organs, the nation’s natural decline results from some obstruction that occurred among its organs, as our sages testified (Tosfot, Baba Metzia, Chapter Two), ‘Jerusalem was ruined only because of unfounded hatred that existed in that generation.’ At that time, the nation was plagued and died, and its organs were scattered to every direction.” (Yehuda Ashlag, “The Nation.”)

On the contrary, our unity has the power to block the negative force from entering into our relations, and in its place, our unity lets the positive force shine through our connections, bringing about peace and harmony.

“What Do You Think About Reincarnation?” (Quora)