How is it possible that in today’s modern and enlightened Europe, 1 in 20 Europeans has never heard of the terrible Holocaust that took place on their land? What is causing 1 out of 5 Europeans to justify anti-Semitic sentiments? How is it possible that 10 percent of Europeans report having “unfavorable attitudes” toward Jews? And how can it be that in 2018, 40 percent of Europeans confirm that Jews in their countries are in danger of being harmed by anti-Semitic violence?

These figures were just published in a comprehensive survey conducted by CNN across Europe. While the poll shed light on anti-Semitism in Europe, one vital number was missing: all 8 billion of the world’s citizens possess a seed of anti-Semitism.

Whether conscious or not, every person in the world carries a unique attitude toward the Jews, which can manifest itself in various forms, ranging from positive to negative: from appreciation and sympathy, through envy and hate, to a drive for destruction.

Baal HaSulam writes that “It is a fact that Israel is hated by all the nations, whether for religious, racial, capitalist, communist, or for cosmopolitan reasons, etc. It is so because the hatred precedes all reasons, and each one merely resolves his loathing according to his own psychology.” (Writings of the Last Generation).

Hatred of Jews is governed by the laws of nature. It precedes both the psychological explanations each person provides to himself, and the sociological analyses provided by researchers.

According to the wisdom of Kabbalah, the whole of humanity exists in a network of mutual connections, as a system whose parts are completely interdependent. In order for this network to keep its balance and stability, Jews of all walks of life must be spiritually connected to each other above their differences. They have to serve as a “channel” through which a positive, unifying influence will flow into the world and spread throughout the network.

In the words of Baal HaSulam, “the Israeli nation had been constructed as a sort of gateway by which the sparks of purity would shine upon the entire human race the world over… until they develop to such an extent that they acknowledge the pleasantness and tranquility that are found in the kernel of love of others.” (“The Arvut”).

Otherwise, when the people of the world do not feel a unifying influence, they are governed by the influence of human egoism, which incites hatred and division. And these negative sentiments are instinctively directed at the Jews.

Therefore, the many different attempts to combat anti-Semitism – through education, diplomacy, advocacy, raising awareness and dialogues – can only address the symptoms without touching on the root of the problem. Likewise, the Hungarian government’s planned investment of € 1.5 million a year to fight anti-Semitism throughout Europe will not yield lasting results in the long run.

Education and awareness are certainly needed, but they should lead to recognizing the natural system that governs the dynamics of human society – a system that evolves the whole of humanity to a higher level of human connection; a system that works to everyone’s favor when the Jewish people fulfill their role.

As Rav Kook wrote: “In Israel lies the secret for the unity of the world.” 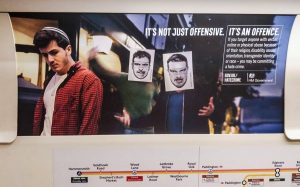