This question came up recently when one of my students mentioned the German government’s preparation for an energy crisis following a reduction in Russian gas supplies. Germany’s Minister of Economy discussed gas as a scarce resource and called upon the Germans to save as much electricity as possible, with the government reactivating coal-fired reactors in the meantime. As a result of this situation, the student could not believe how Europe’s most developed country was asked to save energy, and he thought that we should wake up from the dream of globalization where everyone supplies everyone with everything, and that every country should return to producing what they need for themselves.

Globalization, however, is irreversible. If we returned to each country only providing for itself, then we would find much greater costs across the board, for electricity, cars, food and so on and so forth. It becomes much cheaper for everyone if we provide these supplies to each other.

I understand the constant risk in this situation: All it takes is one government in this globalized connection to make problems and everyone suffers the consequences. For that very reason, we need to make sure that we sustain positive relations. While it might seem impossible, as there is always the ability for one to burst out from a general balance, we nonetheless need to invest in building positive relations. And even if a certain country breaches the balance here and there, it will nonetheless remain much cheaper and more sustainable than if each country supplied all their own needs from beginning to end.

Globalization should lead us to a state where we understand the need to work on positive connections among all people and nations. In such a state, we will have no negative thoughts about each other, and people will not think about exploiting each other, otherwise we will simply end up without our life’s essentials. 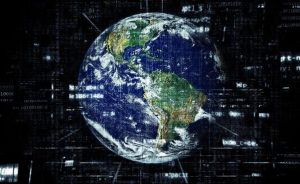 Unless the Lord Builds a House, Its Builders Labor in it in Vain