“The Appeal of Evil” (Linkedin)

My new article on Linkedin “The Appeal of Evil” 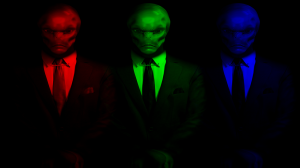 Following the rise in terrorist acts and violent crimes in Israel and the world over, the Israeli newspaper Ynet published an in-depth analysis on the topic of human brutality. The analysis tried to understand what causes certain people to become particularly evil, and if humanity can defeat the spreading cruelty within it. The interviewees in the analysis pointed out many factors that may cause people to become brutal. Brain structure, hormones, the mother’s nutrition during pregnancy, and drug and alcohol abuse were some of the physiological factors, while abuse, neglect, and growing up in a violent environment were among the social and emotional factors.

What was absent in the story, however, was the exponential growth in human self-centeredness, which has already come to the attention of many researchers, and which is the root cause of all forms of malice.

Self-centeredness, or narcissism, as social scientists refer to it, is the culprit behind the increasing level of cruelty in society. It is growing exponentially and is the reason for all the negative phenomena that have been intensifying in recent decades. Violence and cruelty are certainly the more painful symptoms, but financial crises, reckless depletion of natural resources, and the economic wars that have escalated around the world are also offshoots of the reckless selfishness that is intensifying by the day.

Everything has some level of selfishness. Every organism takes what it needs without regard for others’ needs. When all those self-centered desires clash with one another, they balance each other out and the result is that everyone gets what they need, and there is enough for everyone. In that state, the clashes between species keep them strong and healthy.

The problem begins with people. We cannot settle for taking only what we need. We constantly compare ourselves to others. We do not look at what we need, but at what others have, and we feel that we must have more than they do. As a result, we cannot be satisfied until we have more than everyone else.

Because we are compulsive competitors and incorrigibly jealous, we are growing increasingly avaricious. And as the world becomes more and more connected, we find more and more people to envy, until we feel that we must surpass all the people in the world. Eventually, we come to enjoy not only surpassing everyone, but humiliating everyone, degrading them, and hurting them, and we enjoy seeing them suffer.

Certainly, not everyone is like that. Very few among us have reached such levels of narcissism, but this is the trend. To varying degrees, we are all like that, and the trajectory of human development will make more and more people become pathologically selfish, with all its consequences.

In the analysis, Prof. of History Gideon Graif said that evil is often simply more attractive. As a researcher of brutality during the Holocaust, he reached the conclusion that not all the Germans were sadistic, but many of them became so in the atmosphere that surrounded them in the death camps. In fact, he says, they may have even competed at being the cruelest.

Since the Holocaust, many experiments (such as The Stanford Prison Experiment) have shown that under certain circumstances, even the most normative person can become sadistic and abusive. Since we always compare ourselves to the environment, we have no choice in the matter; we are compelled to become a reflection of our social environment. If the environment is sadistic, we, too, will become that, and we will not feel that we are doing anything wrong; we will have no remorse and we will feel no need to justify our actions. On the contrary, we will feel that we are doing the right thing.

If we want to reverse the trend of growing violence, abusiveness, and alienation in society, we must begin to change the norms that we regard as acceptable. Since we are compelled to compare ourselves to others, we should see that our role models are conscientious people. If we want to decrease the level of alienation, we must give public accolades to those who excel in bringing people together, who increase solidarity in society, who exemplify supportive and positive relationships. When we show positive, non-violent role models, we will have a positive, non-violent society, and not a day sooner.

“Toward a Fiery Turmoil” (Medium)