“Despite Its Appeal To Young Americans, Socialism Is Not The Answer” (Linkedin)

My new article on Linkedin “Despite Its Appeal to Young Americans, Socialism Is Not the Answer” 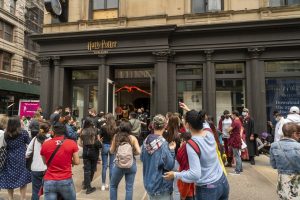 A recent Axios/Momentive poll revealed that among young Americans between the ages 18-24, views are shifting toward favoring socialism to capitalism. According to the survey, cited also by the Conservative think tank, The Heritage Foundation, “Among adults in Gen Z (ages 18-24), perceptions of capitalism are truly underwater: 42% have a positive view and 54% have a negative view.” Moreover, even “18-34 year-olds are almost evenly split between those who view capitalism positively and those who view it negatively (49% vs. 46%). Two years ago, that margin was a gaping 20 points (58% vs. 38%).”

I understand people’s disappointment with capitalism, but socialism will not solve their problems. For one, our egos grow continuously, and if a certain regime succeeded at one point in history, it will not succeed in the future since it will not be suitable for people’s bigger egos. Second, Americans are raised with such a self-centered mindset that for them to adopt socialism today is simply not something they can do.

At the same time, capitalism also isn’t working anymore, and for the same reason: our growing ego. We’ve become so self-absorbed that nothing balances our behavior and the principles of free market and competition have become a winner-take-all contest, where the winners use and abuse everyone else.

The solution to our woes is in neither ideology, but in a new type of economy. The economy reflects the state of our society. Accordingly, to enjoy a thriving economy, we must have a thriving society. A society that is built on constant struggles, suspicion, and ill-will, cannot thrive. It will disintegrate, and the economy, which relies on the quality of connections among people, will collapse.

Having an economy that guarantees people’s well-being requires care about each other’s well-being. Establishing care and mutual responsibility must therefore be the top priority in every society, and the main focus of every future economic model.

People will still want to realize their dreams and express their unique skills and traits, but they will be happy to do it for the common good. Besides the satisfaction of realizing their potential, they will enjoy the recognition and gratitude of society for their contribution.

There will, of course, be a monetary system, but making a lot of money will not be people’s main incentive. Their present and future livelihoods will be secured by society, which will free them to realize their unique characteristics in a manner that supports all of society. Since contribution to society will win people society’s respect, while exploitation of it will result in harsh reproof and condemnation, people will do their best to advance the society, and everyone will benefit from their efforts.

In this way, we will learn to care for others, while they care for us. And the better we become at doing so, the happier we will be.
[288875]

“People Are An Open Book, How To Read It?” (Linkedin)

The Creator Does Not Change His Plans
Podcast Powered by podPress (v8.8)