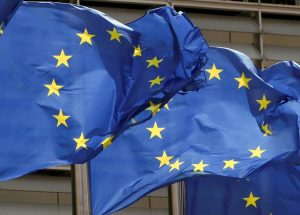 In Europe and elsewhere, governments are paying colossal sums to big corporations to help them avert bankruptcy. Whether they call it a “rescue package” or “quantitative easing,” in the end it’s all the same: the government pays companies to stay operative.

I don’t think it will work in the long run. It may keep companies afloat for another six months or a year, but as a rule, a government, any government, cannot sustain companies that cannot sustain themselves. In the end, the situation will blow up in a blast that will be worse than what it would have happened had the government let them fall naturally.

There is more to it than that. I don’t believe that a government can do anything good for its people. Civil servants, ministers, and deputy ministers always pull their own way and have their own interests in mind. Since everyone is inherently selfish, everyone has an ulterior motive that is not for the benefit of the public.

We cannot expect selfish people to do unselfish acts; it is like asking a tiger to become vegetarian. If it goes against nature and it won’t work. Therefore, asking people whose only focus is their own career to focus on other people’s well-being is unwise, unrealistic, and will invariably fail.

Socialists, capitalists, far right, or far left, they are all immersed in egoism. It is not their fault; it is human nature, and we should adjust our expectation from our leaders.

If we want a real and lasting positive change, we must transform human nature. Since our nature is selfish to the core, changing it is the only way out of the crises that the world is falling into nowadays. We will fall deeper and deeper until we realize that the problem is not the fuel we burn, the forests we cut, the water we pollute, or the people we kill. The problem is the cause of all those harms we are inflicting on nature and on each other: our inherent self-absorption. When we start working on changing ourselves rather than demanding everything and everyone else to change, we might be able to save ourselves before it is too late.

“Where Europe Is Going” (Linkedin)

“Where Is Greta Thunberg?” (Linkedin)
Podcast Powered by podPress (v8.8)