“Why The World Laughs When Jews Cry” (Linkedin) 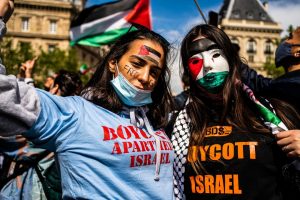 A student from Israel asked me why it feels like whenever someone says something bad about Israel, the whole world joins in chorus. My answer was simple and concise: We are misbehaving toward the world, and this is why the world feels this way about us.

I would like to elaborate on that. We, Jews, must set an example of good relationships among everyone, but first and foremost among ourselves. We need to display bonding, peace, and friendship. The people of Israel are supposed to be responsible for one another. If we do this, the world will respect us. Because we’re not doing it, it treats us with contempt.

Currently, the relationships among the different factions in the Israeli society are horrible, nothing less. Also, we cannot separate what is happening within the Israeli society from how the world treats us, since we are part of the world; we were made of “representatives” from all the nations. Our ancestors came from all the nations of the world and assembled an ideological group that believed in King Solomon’s motto (Prov. 10:12), “Hate stirs strife, and love will cover all crimes.” Those early representatives of humanity formed a nation that realized a sublime idea that to this day seems eccentric: peace among all the nations.

Those ancestors fought hard to maintain their unity above the differences and hatred that erupted on occasion; they tried to remain true to their duty to be “a light unto nations,” to set an example of unity. They even coined the motto that virtually every religion and belief system has adopted in one form or another: “Love your neighbor as yourself.” Indeed, is there anything higher than that? Although eventually we collapsed into hatred and were dispersed throughout the world, the legacy of unity and the duty of the Jews remain entrenched in humanity’s subconscious.

Just as nations are proud or ashamed of their athletes, who are competing these days in the Olympic Games, and just as people feel connected to great leaders, explorers, novelists, composers, scientists, and other renowned people from their nation, even if they lived many centuries ago, they also feel connected to their representatives among the ancient people of unity, the Jewish people, though on a more subliminal level. This is why when Jews succeed in their duty to unite the “delegates” of the nations, namely the Jews themselves, into a cohesive nation, they get the world’s applause. At the same time, when they fail and fall into disputes and division, they draw the world’s ire toward them.

This onus of the Jews is why the world’s attention will always be given to the Jewish people, why the Jews will always be judged by a stricter standard than the rest of the people, and why humanity pins every misfortune that befalls the world on the Jews. In his book Orot HaKodesh [Lights of Sanctity], Rav Kook, a great spiritual leader and the first Chief Rabbi in the Jewish settlement in Israel, wrote about the duty of the Jews toward the world: “Since we [Jews] were ruined by unfounded hatred and the world was ruined with us, we will be rebuilt by unfounded love, and the world will be rebuilt with us.”

I hope and pray for our unity, for our sake, but most of all, for the sake of the world.

For more information about the ideas in this post, please read Like a Bundle of Reeds: Why unity and mutual guarantee are today’s call of the hour.
[285315]