“When We Don’t Correct, We Corrupt” (Linkedin)

My new article on Linkedin “When We Don’t Correct, We Corrupt” 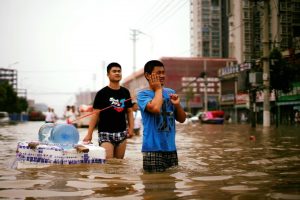 There is a reason why Baal HaSulam quotes the Talmud (Masechet Yevamot) saying that all calamities come because of Israel, and The Book of Zohar, which speaks about Israel causing “poverty, ruin, robbery, killing, and destructions in the whole world.” Since the inception of our nation, our sages and leaders have linked the state of the world with the state of our unity.

Rav Yehuda Alter, author of the book Sefat Emet, wrote that Abraham, Isaac, and Jacob were blessed “because the children of Israel were created in order to correct all of creation.” We’ve already seen what The Zohar thinks about the harm Israel cause when they are not corrected, namely disputed. However, when Israel are corrected, namely united, The Zohar views us with a completely different light. In the portion Aharei Mot, The Zohar writes, “‘Behold, how good and how pleasant it is for brothers to also sit together.’ These are the friends as they sit together and are not separated from each other. At first, they seem like people at war, wishing to kill one another … then they return to being in brotherly love. …And you, the friends who are here, as you were in fondness and love before, henceforth you will also not part from one another … and by your merit, there will be peace in the world.”

Rav Kook, a contemporary of Baal HaSulam and a great kabbalist and thinker in his own right, was quite poetic when he wrote about the role of Israel in bringing world peace through their unity. In the book Orot HaKodesh, he wrote, “Since we were ruined by unfounded hatred, and the world was ruined with us, we will be rebuilt by unfounded love, and the world will be rebuilt with us.”

These days, when we look at the unfolding climate cataclysm, at societies in the West disintegrating, when bellicose speeches are propagating war, we should think of the message of our sages. We may be alarmed by the ferocity of rabid antisemites, but if we are honest with ourselves, our sages carried a strikingly similar message to theirs: Israel is responsible for the bad and for the good in the world. When we don’t correct, we corrupt; when we don’t unite, we break apart, or as Rav Kook asserted, when we are divided, we divide the world; when we are united, we unite the world.

Some nations and some religions profess to be destined to conquer the world. No one but adherents of those faiths agrees with them. Israel believes in its duty to do Tikkun Olam, to correct the world, and the majority of the world agrees. As Sefat Emet writes, “Israel were created in order to correct all of creation.”

We are surprised at the fierceness of Jew-hatred, but we are blind to the fierceness of our hatred for each other. Our own hatred, so the greatest of our nation have always stated, is the cause of the world’s hatred toward us, and the cause of all hatreds anywhere. It is time we fight against antisemitism and hatred where they truly lie: among ourselves.
[285495]

Jerusalem—At The Center Of Attention
Podcast Powered by podPress (v8.8)