Connecting In The Common Root

Each one experiences and perceives unity in his individual way. Two people cannot compare their feelings in any way because each one perceives within his own vessel.

If you and I say that something is sweet, it does not mean that we both feel the same sweetness. But when both of us aspire for the same goal to attain the Creator, then due to the fact that we unite not in the object but in the Creator, in our common root, we will be able to attain the state in which He will make us equal and connect us. Then we will attain absolute unity! 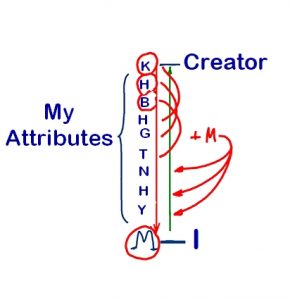 Question: What do Kabbalists feel? Where do they connect

Answer: Only in the root. There is no other way.

Question: We say that each one includes the other inside him. Is this true?

Answer: Yes. As in a closed, integral system.

Hence, when one contemplates another’s action and attains the mind of the sage who performed it, they have the same mind and power. Now they are completely united…

But although they are united, each one still has his own personal attainment.

“…like a man who met his beloved friend on the street, he embraces him and kisses him, and because of their great unity, it is impossible to separate them.”

Because they are united by what they have attained. They attain the great upper spiritual essence, and it connects them into one whole although they are different and the source is different, which means that the Creator is one, but each of them in their individual root holds Him as something personal.

“Hence, the rule is that in speaking, the mind is the best-adjusted force between the Creator and His creatures. It is considered the medium, meaning He emanated a spark of that force, and through that spark, everything returns to Him.”

Eventually, if people unite in order to attain the Creator, they do actually attain Him by attaining the state in which the Creator becomes their common whole, their home, the common connection between them, their common root, the beginning and the end of every state.
[249402]
From KabTV’s “Fundamentals of Kabbalah” 4/21/19

Related Material:
Taste In Spirituality And Corporeality
The Kabbalists’ Time Machine
Spiritual World – One For All

Filed under: My Similarity to the Creator, Spiritual Work, Unity | Add Comment →

How Can You Learn To Be Happy?