My new article on Linkedin “The Change Israel Needs” 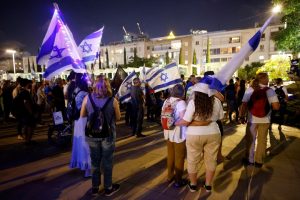 After four exhausting election campaigns in two years, Israel is on its way to swearing in a new government, the “government of change.” While the coming days are likely to be critical for this fragile connection, the trend of change is clear.

The people of Israel need visible miracles. By nature we are unable to exist together, not on this small piece of land in the Middle East, not if we were a country located in Europe, nor in isolation in the North Pole. We are a self-centered and stiff-necked people. Internal tensions in Israeli society have reached a boiling point in the past month and the situation is getting out of control.

I do not believe that the new government is capable of mending the rifts and bringing the State of Israel to a safe shore. It is headed by a collection of politicians who are all pulling in their own direction and are not willing to compromise in favor of a real unity of the people. They are willing to give up their egos and connect for now, but like a pack of wolves who set themselves the goal of devouring the doe, immediately after the hunt everyone will return to their own plot, disinclined to put aside their individual interests in favor of unity within Israeli society.

All the political upheaval currently taking place in Israel is an opportunity to change the perspective on the future of the nation. We have been given these circumstances to understand what kind of world we live in, who we are, the people of Israel, and what our role is on Earth.

The Jewish people have one particular value through which they will either rise or fall, and nothing will change it. That is the value of “love your neighbor as yourself.” As long as we strive for a cordial connection, for mutual guarantee, for increasing unity, then the wheels of society move forward to a good and benevolent destination. In an attempt to unite among ourselves, we evoke tremendous connecting power, a supreme force of love and bestowal that will cover all the differences regardless of how deep they are. Without it we would never succeed.

The connection between us does not depend on any government. Politics should not define who we are and more importantly what glues us together. From this period onward the focus is on connection within the people, a connection that must emanate from the grassroots level, from the people themselves.

And there is no need to hide or blur the separation and division. We must acknowledge that we are infected with egoism and ask ourselves even before the ego overcomes and rises over us in various forms: Why are we trapped in an endless cycle of crises? Why do we fail to rise above the societal fissures? Where has the feeling of shame gone?

Do we know how the whole world looks at us? For now the world is taking advantage of our Jewish skills and innovation, but at the same time hating us from the bottom of their hearts, laughing at us in the corridors of the international arena, and sharpening the arrows that will be hurled at us soon because they look at us divided and weak. In such precarious conditions, the more serious problem we need to address is our lack of vision for the future.

But this situation can be taken as an opportunity to reconnect to the method of connection inherited from our sages. Even a simple thought or effort to get closer to each other in our hearts and understanding that we have no other alternative to survive but to connect, will lead us to a meaningful development. We are given a golden opportunity to realize we are facing times of substantial transformation, but if we want that change to be a positive one, we should start within us, with a warmer relationship of mutual support between us.
[283288]

“What Is Love In One Sentence?” (Quora)

“Israel And The People Of Israel, Where To?” (Linkedin)
Podcast Powered by podPress (v8.8)