“Israel And The People Of Israel, Where To?” (Linkedin)

My new article on Linkedin “Israel and the People of Israel, Where to?” 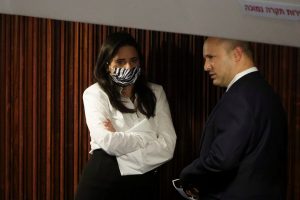 On May 10, 2021, Operation Guardian of the Walls began. For twelve straight days, rockets traumatized Israeli citizens. As the Arab-Israeli conflict was reignited, an uprising of Israeli Arabs planted fear in the hearts of Israeli Jews, antisemitism around the world intensified, and the hostility of the international community toward the State of Israel exploded. Yet, while the State of Israel, and the Jewish people as a whole, are facing a perfect storm, large portions of the nation are oblivious to the existential danger. To understand how we’ve come to the predicament that we are in, we must look back not only at our own history, but also at the history of humanity and how the two entwine.

Behind all the vicissitudes and upheavals in the annals of humanity stands one and only engine: egoism. Over the eons, it evolved and morphed and grew into a crazed, insatiable ruler that is governing our governors, defining our social connections, and derailing humanity into a chasm. At the end of the day, we have no other problem other than our own egoism. If we solve this, then we have solved most other problems.

There have been several tipping points in the evolution of human egoism. The first such point came roughly 3,800 years ago in the Fertile Crescent at the time when the Babylonian Empire was at its peak. Over a relatively short period of time, the social calm and easy living that characterized the lives of the people who resided between the two great rivers, the Tigris and the Euphrates, had become tainted with ill-will and belligerence.

The disintegration of society prompted one man to ask why it was happening, and that man became one of the most significant individuals in the history of humankind: Abraham. When Abraham looked into why people were growing hostile toward each other, he realized that it stemmed from increasing self-absorption. To combat this disorder, he began to circulate the idea that people must nurture unity and solidarity to remedy their growing egoism. This is why to this day, Abraham symbolizes the attributes of mercy and kindness.

The Babylonian authorities were not keen on Abraham’s ideas. Eventually, they expelled the revolutionary rebel, who believed in love of others, along with those who adopted his ideas. As Abraham went westward, toward Canaan, his entourage grew as more and more people realized the benefit in choosing mutual responsibility and love of others over individuality and mutual hostility.

Abraham’s group endured countless tests to their commitment to each other and (mainly) to the idea of unity over hatred. Each test made them stronger and more united, until finally, after centuries of struggling for unity, their bond had become so strong that the group of foreigners had become a new nation in the world, unique in every sense, comprised of people who were unrelated physically, yet cemented together by the idea of unity itself.

Even after they engendered nationhood, the Israeli people kept alternating between internal division and complete solidarity. It is no coincidence that this nation, which experienced firsthand countless variations of connection and disconnection, gave to the world two of the most altruistic notions ever conceived: “Love your neighbor as yourself” (Lev. 19:18), and “That which you hate, do not do unto others” (Masechet Shabbat, 31a). Indeed, the Jews, who learned that “The inclination of a man’s heart is evil from his youth” (Gen. 8:21), also learned that the solution to hatred is not war, but to love others as ourselves.

Moreover, the ancient Jews learned that it is impossible to erase the evil inclination, that in fact, if we did not have it, we would have no incentive to forge unity. Therefore, King Solomon, the wisest of all men, succinctly concluded, “Hate stirs strife, but love will cover all crimes” (Prov. 10:12).

The great achievements of the Jews did not go unnoticed. During the period of the Second Temple, pundits and laypeople alike came to Jerusalem to learn from the Hebrews. Greek philosophers learned from the prophets, Ptolemy II King of Egypt summoned seventy sages to His capital Alexandria, where they taught him how to rule and translated their book (the Pentateuch) to Greek, and regular folk came to Jerusalem to witness “the ultimate proof of unity,” as philosopher Philo of Alexandria described it.

But our nation did not maintain its height. From the zenith of being a role model, a light unto nations, we plunged to the nadir of mutual hatred that generated two bloody civil wars. In the height of the first one, the Seleucid Empire destroyed the Temple and conquered Jerusalem, but was ultimately driven out by the Maccabees. In the second one, our hatred for each other sapped our strength and resilience, and the Romans conquered the land, destroyed the Temple, and exiled the nation.

Since then, we have been in exile. We have contributed to humanity countless technological innovations, revolutionary ideologies, illustrious artists, novelists, performers, and thinkers, yet the world has not forgiven our betrayal of our vocation: to be a role model of unity, a light unto nations. Henry Ford, while vilifying modern Judaism, added an advice to his readers: “Modern reformers, who are constructing model social systems on paper, would do well to look into the social system under which the early Jews were organized.”

It is time we reroute. Here in Israel, and all over the world, Jews must reconnect with their legacy: love will cover all crimes, and unity transcends all divisions. The world is telling us through hatred that it does not want what we are giving it. It clearly does not thank us for our innovations, for our cultural contributions, for our financial wizardry or our political ingenuity.

If we want to win the world’s favor, we must give it what it wants and be once more the people of Israel: united above all divisions. In these fateful days to our people, we must remember how we came to be, what we were meant to achieve, and what we are destined to give to the world. Subsequently, we must make good on our oath to unite “as one man with one heart,” and become once more the nation that chooses mutual responsibility and love of others over individuality and mutual hostility.
[283295]

The Material And The Spiritual Earth
Podcast Powered by podPress (v8.8)