“Should Earth Get Rid Of People?” (Medium)

Medium published my new article “Should Earth Get Rid of People?” 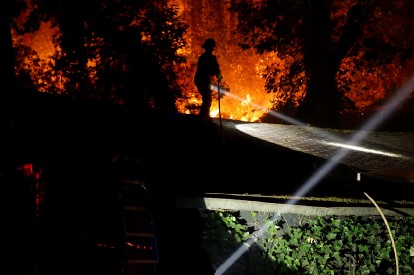 If animals and plants could speak, they would probably say that life was so much better before we humans came along. They’re absolutely right. A UN report found that no less than one million animal and plant species are at risk of extinction because of human activity. We are depleting the soil, chopping down forests, hunting down entire species, polluting the air, contaminating the ground, littering the seas, and we are doing this at an accelerating rate. If I were nature, I’d declare war on humanity a long time ago.

Nature will not wait for us to grow wise and start developing our positivity. It will expose more and more of our unscrupulous nature, as it is doing now, until we realize we have no choice but to change.
We regard ourselves as separate from nature, when in fact we are a link in the chain. Moreover, we are the apex of the pyramid. Currently, we are streaming negativity down through the entire system and all of nature is going berserk.

Consider this data from Times Union, for example: The August Complex fire currently burning in California has broken the record for a single fire as it surpassed 1 million acres. Moreover, the total area of land burned by California wildfires this year passed 4 million acres, more than double the previous record. And if that’s not enough, then here’s the knockout piece of info: The August Complex is larger than all of the recorded fires in California between 1932 and 1999, combined! Indeed, a noxious species.

But there is a reason for our being here, and there’s a reason why we were created so lame that we haven’t even the commonsense not to destroy our own home. While two forces — positive and negative — govern all of nature, only one force governs humanity. Instead of the balance between giving and receiving, hot and cold, birth and death, and day and night that streams life seamlessly for all of nature, the negative force is the sole ruler of our hearts. This is probably why it is written, “The wickedness of man is great on the earth, and all the intent of the thoughts of his heart is only evil the whole day.”

But as just, there is a reason we are born so evil: We have a mission to accomplish. Our vocation as human beings is to grasp the full depth of creation, and to do that, we must understand the thinking behind it. We were made negative so we could develop the positive side of our own volition, and learn how to integrate it with our innate negativity. If we accomplish this, we will restore balance in our own lives, in all of human society, and in all of nature.

But nature will not wait for us to grow wise and start developing our positivity. It will expose more and more of our unscrupulous nature, as it is doing now, until we realize we have no choice but to change. There is no question that we will have to develop the positive side about us; the only question is how much we’ll have to suffer until we understand nature’s “hint” and get to work on ourselves.

In fact, it isn’t hard. We have each other. The level of hatred that has surfaced in American society, but elsewhere in the world, as well, indicates where we have to start — with accepting one another. Human society is as diverse as all of nature. But while we cherish diversity in nature, we hate it in society. When we learn to accept one another and embrace the diversity of our cultures and ethnicities, we’ll have a chance at changing our environment, as well.

We are already at a point where huge swaths of land are becoming uninhabitable. Even within the continental United States, people are fleeing their homes from fires and from hurricanes, and parts of Europe are drowning in floods. In all likelihood, many of them will not be able to return. And that trend will only escalate in the coming years.

It is going to be a terrible decade for humanity unless we turn it into a decade of awakening. If we awaken to our task and start developing the positive force within us, start learning how to care for one another and for nature, we will reverse the trend. If not, our lives on Earth will be unbearable.
[271975]

“Why Did The NBA Finals Get Such Low Ratings This Year?” (Quora)