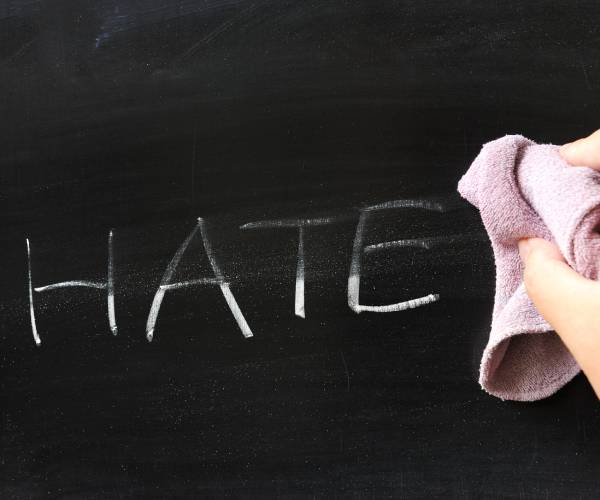 We really don’t understand why COVID struck. People blame it on China, blame it on the Jews, blame it on bats, minks, deforestation, corrupt pharmaceutical companies, and so on and so forth. But no one blames himself. No one blames the eruption of COVID-19 on our own mistreatment of everything and everyone around us.

It’s understandable; we don’t see the overall system. Although scientists have known for at least a century that the world is interconnected and that all things are built from the same few particles, we don’t experience it in our daily lives so we behave as though it isn’t true. But behaving as though we’re unrelated to each other is just as responsible as drinking water that we’re told is contaminated with listeria, but not believing it because we can’t see the bacteria. By the time the symptoms show, it’s much harder and more painful to recover.

Not only are all parts of reality connected, they are connected correctly. The mineral, flora, and fauna in our world function according to the natural laws imprinted in them and have no freedom of choice. Wolves are not bad because they eat other animals, and deer are not good because they feed on plants and not on other animals. In fact, were it not for carnivores, herbivores would become unhealthy, overpopulate, deplete the plants they live on, and eventually suffer and die out since nature would find another way to balance their population. When you look at nature, you realize it keeps a perfect balance where every element guarantees the integrity of the entire system.

There is only one exception in all of nature: man. Humans are the only element in nature that can behave as though it’s unrelated to anything and get away with it, for a while. Until now, we have fought against nature, grew in strength, and for the past two centuries or so, we thought we almost beat it. Worse yet, we fought against each other, and our hatred for each other made us ruin nature even more in our race to mine, pump and cut off nature’s treasures in order to outdo human competitors.

COVID-19 stopped us in our tracks, stymied the economy on Our hatred and desire to exploit, rule, and humiliate have caused such harm to nature that it generated a natural remedy for human nature: the novel coronavirus. all its branches, stopped the arms race and much of the hostilities that countries were executing or planning to execute against each other, and even distanced us from other people so we wouldn’t have to tolerate the tensions of hostile workplaces or competitive schooling.

But because we don’t see the system, we think it’s not our hatred that caused the virus to appear; we think it’s something or someone else — whom we hate — that caused its emergence. We are wrong. It’s our own attitude to one another that has generated this, and other soon-to-come pestilences that will strike if we don’t reverse course.

E pur si muove (“And yet it moves”) said Galileo Galilei when he was forced to recant his claim that the Earth moves around the sun. Today we know that he was right. But when it comes to truths that concern our hatred for each other, we are as ignorant and obstinate as Galilei’s tormentors. It is a shame, since Earth’s orbit around the sun is important, but not as important as the fact that hate creates diseases. Ignorance of the former fact is a shame; ignorance of the latter fact can cost us our lives.
[268756]

“How Do I Unite The Left And The Right?” (Quora)

On The Anniversary Of The Ari’s Departure
Podcast Powered by podPress (v8.8)