New Life 1207 – The Evolution Of Anti-Semitism 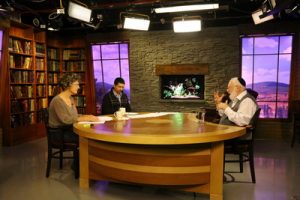 Anti-Semitism derives from the feeling that there is an opposite, altruistic characteristic within Jews that is not in others. “Israel” aims for the positive higher force that exists in nature in contrast to humanity, which aims for the egoistic, negative force. A “Jew” is not a nationality but the awakening of a point within a person that draws him toward the positive force of nature. The whole of humanity feels no attraction toward unification and therefore feels a gap, a rift, between it and the Jews. Each and every nation has its own feeling of anti-Semitism about the Jews according to its root and its level of egoistic development. It is up to the Jews to connect with love and to provide the world with a model for a new life.
[260265]
From KabTV’s “New Life 1207 – The Evolution Of Anti-Semitism,” 2/11/20