“A Jewish Thought Network: The Most Powerful Weapon To Combat Anti-Semitism” (Thrive Global)

The power of thought is tremendously powerful and its scope of action lies in the network of our connection: we are as strong as we are united, and as weak as we are divided. 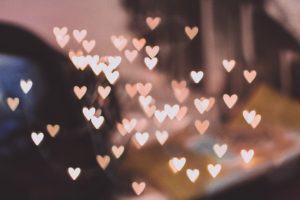 When the word “Jew” becomes an insult there is a reason to worry. That is the reality a school teacher experiences in today’s Europe, as she needs to hide her religion out of fear for her safety. A recent poll conducted by CNN confirmed that hatred against Jews in Europe has never disappeared. It has just transformed itself into a more evident menace. It is in our hands, or more precisely, in the power of our thoughts as Jewish people to change this situation, because thoughts have transformational powers.

The CNN survey revealed that one-in-five Europeans justify anti-Semitism. However, these are only the ones who admit to it. The problem is not only on Europe’s soil. It’s global. At a recent summit to combat anti-Semitism, European Jewish Congress president Dr. Moshe Kantor mentioned that “Europe doesn’t have a monopoly on anti-Semitism anymore. No Jewish community anywhere in the world, however strong and well-organized, is now immune from Jew hatred.”

Exceptional situations prompt the proposal of extraordinary measures. At the conference held in Vienna, a “Catalogue of Policies to Combat Anti-Semitism” was drafted with the help of academics from Vienna, Tel Aviv and New York. One new approach suggested a call for new editions of the Bible and Quran to carry warning messages to highlight “anti-Semitic passages” within the holy texts.

Are such texts really a source of incitement against Jews? Would such markings really serve to “combat anti-Semitism”? And more importantly, what power do we have as Jews to eradicate the hostility against us?

Researchers connect anti-Semitism to sections in the Bible about Jews being responsible for Christ’s crucifixion and to sections in the Quran that fanatic jihadists use to justify their crusade against the Jews and Western values. Back in April 2018, a group of 300 French intellectuals and politicians signed a manifesto to Islamic leaders in France asking that “verses of the Quran calling for the killing and punishment of Jews, Christians and unbelievers be rendered obsolete by theological authorities,” to avoid what they consider as incitement to violence.

Yet, after years of anti-hatred plans and meetings to discuss the frightening times, do we see any change? Indeed, something has changed, but not in a positive direction. Anti-Semitism is relentlessly on the rise worldwide and the future looks increasingly dark.

Since none of the proposed solutions have worked so far, maybe it is time for a new approach? We Jews need to look no further than our own heritage to discover the infallible weapon, a force sufficient to eliminate anti-Semitism once and for all. The wisdom of Kabbalah claims that with a shift in our collective consciousness, we can create a force field powerful enough to erase anti-Semitic manifestations from earth.

Our inner state of division or unity creates our outer reality and not vice versa. By changing our intention to unite as one, we harmonize with the force of creation, and reality is affected by the energy we radiate. How does it work? In order to understand how this defensive shield is built we need to explore the development of humanity’s defense systems.

The Power of Thought

The evolution of defense systems up to the atomic bomb, demonstrates that the stronger a weapon is, the more hidden it is to the human eye, and the heavier are its consequences. Cyberspace, for instance, could be the modern-day battlefield for potential world war if the imaginary “red button” falls into the wrong hands.

Taking this trend one step further, the most powerful and precise weapon being revealed today is the power of thought, although similarly, we are unaware of its magnitude and dimension because of its invisibility. The scientific community claims that we are connected at the human level in a field that is activated through our collective consciousness or thoughts. This field is similar to the force of gravity, electricity, or the electromagnetic field in that its exact operation is hidden from the human senses.

Kabbalah explains that such a unifying force is a law of nature—a network of forces that bind us together—not yet apparent to us, but it influences every aspect of our reality more than any other force. The power of thought is tremendously powerful and its scope of action lies in the network of our connection: we are as strong as we are united, and as weak as we are divided. We are the ones who constantly operate this network, we just need to become aware of it and discover how to consciously make it work for our collective benefit.

The power currently controlling this network is a negative, divisive force of rejection and hatred activated by our egoistic nature. It strikes back at us as waves of bigotry and animosity from the nations of the world. Unconsciously, the nations of the world feel that Jews hold the keys that activate this network for positive change, urging us to recognize our mission.

As stated in The Book of Zohar: “Just as the organs of the body cannot exist for one moment without the heart, so all nations cannot exist in the world without Israel.” So how can we effectively make a meaningful impact on today’s reality? This can be easily accomplished through effective use of the most widespread net encompassing humanity: cyberspace.

First, Jews must be an example of cohesion, understanding and mutual solidarity above differences, which would turn us into an enlightening force for the rest of the world. As expressed by Rav Kook, “The genuine movement of the Israeli soul at its grandest is expressed only by its sacred, eternal force, which flows within its spirit. It is that which has made it, is making it, and will make it still a nation that stands as a light unto nations.” (Letters of the RAAIAH, 3)

Our thoughts drawing us toward unity and softening critical attitudes toward one another have the power to evoke a positive force within the network of communication between us—a force capable of gradually neutralizing hatred and bringing about balance. This is the power capable of protecting us and leading us toward a good future.

As every path starts with a first step, every little thought from each of us toward positive human connection will increase exponentially and cause great changes in our reality because the power of thought is the most powerful weapon.

“Do not be surprised that one person’s actions bring elevation or decline to the whole world, for it is an unbending law that the general and the particular are as identical as two peas in a pod… Evidently, the value of an act of a part elevates or declines the entire whole.”

New Life #108 – Building A Business Strategy For The Future, Part 1