“The Dead Silence of American Jewry on Iran” (Linkedin) 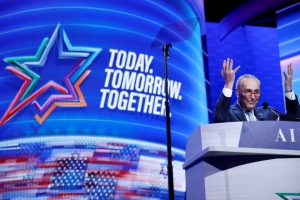 While Netanyahu was Israel’s prime minister, his disapproval of the Iran deal placed him at odds with the majority of American Jewry, which supported it. Their criticism of the State of Israel, they claimed, was not because of their dislike of Israel, but of its leader. However, for more than a year now, Israel has had two prime ministers who are the coming true of American Jewry’s sweetest dreams. Yet, they, too, oppose the disastrous new version of the Iran deal. Since now American Jewry cannot say that it opposes the prime minister, one would expect it to join the voices opposing the formulating deal, which will allow Iran to build a bomb and forbid the West to intervene. Yet, American Jewry is dead silent. Its silence, however, reveals the truth: The majority of American Jews feel completely alienated from the State of Israel. Their silence whispers their indifference, their utter disconnection from the Jewish state.

Some of them hide their carelessness behind the fact that they have family in Israel. It means nothing. If you have a relative who lives in Germany, for example, it does not mean you feel anything for Germany. They feel nothing for Israel, and their disregard toward what is happening with a deal that will put the very existence of the State of Israel at risk reflects their apathy.

I am not surprised that this is happening. This disinterest is characteristic of Jews, and reflects our origin. Since our ancestors came from countless different, often rival nations, the sense of disconnection is rooted in our hearts. Only after Moses united us at the foot of Mt. Sinai, when we pledged to be “as one man with one heart,” did we become a nation. But since then, we have broken our vow and returned to our mutual dislike.

Only antisemitism reminds us that we are bound together. And the more intense it is, the more we huddle together. But as soon as the threat is lifted, we return to our prior aversion from each other until the next wave of Jew-hatred emerges.

The pattern will be broken only when Jews initiate their connection of their own volition, rather than wait for antisemites to force them. In 1929, Dr. Kurt Fleischer, leader of the Liberals in the Berlin Jewish Community Assembly, argued that “Antisemitism is the scourge that God has sent us in order to lead us together and weld us together.” In those years, the German Jewish community was going through an intense process of assimilation and disintegration. Four years after Dr. Fleischer made his accurate observation, the Nazis came to power.

“Rising above the Differences” (Medium)