“Rising above the Differences” (Medium)

Medium published my new article “Rising above the Differences” 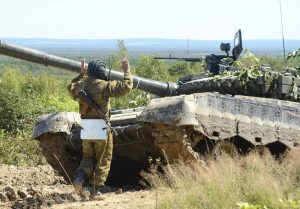 Every international conflict that is currently unfolding proves the same point: Aggression does not pay. We have become so dependent on each other that there is simply no way to tip the balance in one place without tipping it throughout the system, namely worldwide. The coming years will prove two facts: 1) We cannot stand each other and do not care one bit for one another. 2) We cannot live without each other’s help. The collision between these contradictory facts will make us realize that we are like wheels in a machine. Each wheel turns in a different direction, but only when all the wheels turn in the direction they are supposed to turn, the machine works properly. If even one wheel changes its direction, the machine stops working.

When we realize this, we will understand that we have no choice but to turn the fight inwards. We will have to fight against our hatred of others, rather than fight against each other because of our mutual hatred.

We will have to realize that it is precisely the differences between us that enable us to get what we need from others rather than having to make them by ourselves. Progress, rising standard of living, improved health, nutrition, education, transportation, communication, professional opportunities, and every other benefit that modern civilization offers is built on different people with different skills and different fields of interest contributing their part to the global system that our world has become.

The difference between modern civilization and the ancient cavemen is rooted in increased cooperation and collaboration. If we were all the same and did the same thing, we would be more backward than our most ancient ancestors who had just come down from the trees and found a mate to live with in a cave and protect each other from predators.

We couldn’t stop the direction of evolution toward increasing cooperation even if we tried. Just as organisms evolve by increasing their dependence on each other and the complexity of their connections, humanity evolves through increasing connection, communication, and the complexity of our systems. The only reason that natural organisms are succeeding and human society is failing is that we resist the diversity and its benefits while nature embraces it.

If we were aware that only our excessive individualism and narcissism prevent us from reaping the benefits of diversity, perhaps we would stop fighting against other people, and began to fight against the element that pits us against each other: our own ego. I am convinced that simply realizing that our real enemy is not outside of us but within us will improve the world dramatically, and we will reap benefits that today, we cannot even imagine.
[302766]

Strengthening the Connection with Friends