“Do bacteria defend themselves against viral infections? If so, how?” (Quora)

Michael Laitman, On Quora: “Do bacteria defend themselves against viral infections? If so, how?“

There is research showing how bacteria defend themselves against viruses. One of my students who was impressed by such research recently asked me how such tiny bacteria could be so smart in order to mobilize against various viral predators.

In terms of deeper processes at work in nature, such activity has nothing to do with their size, but the bacteria discover a common enemy that they are willing to cooperate against in order to stop it.

They share a certain intellect that makes them feel that there is a force working against them, threatening their existence, and they do the math to defend themselves from that force.

There are several examples of collaborations in nature, such as schools of fish or flocks of birds, where we can see that higher guiding intellect in action. We see how multiple individuals moving at fast speeds never collide and do not have any accidents, because they merely realize the orders upon them from that higher guiding intellect in nature.

However, in relation to us human beings, we have free choice, which is why we do not operate similarly to the still, vegetative and animate levels of nature that display such great feats of collaboration. Due to our free choice, we ourselves need to define how to direct ourselves according to the higher guiding mind in nature.

Contrary to the other levels of nature, we mostly fail to cooperate, because it counters the human ego that prioritizes its own interests over the interests of others. We thus need to reach what is called “the recognition of evil” of our egoistic nature, which detaches us from each other. We will then discover that there is a higher guiding intellect ready to guide us. Doing so requires freeing ourselves of our foolishness that we are the ones guiding ourselves. Simply put, we need to place ourselves in the control of the upper force and then we will succeed.

The higher guiding intellect in nature covers everything, and it gives our every result in life. It acts on us as it does all parts of nature, however we do not want to see its actions. In other words, we do not want to hand ourselves over to its control.

The higher guiding intellect, also called the “upper force,” in nature operates in order to connect everyone and everything. It is ultimately what mobilizes bacteria to defend themselves against viruses, and it synchronizes schools of fish, flocks of birds and so on. More generally, this force desires to build positive connections between all created beings on all levels.

If we wish to introduce this higher guiding intellect into our lives, then we need to place ourselves under the control of that force to guide and direct us in the positive direction that it wishes us to reach—a state of complete harmonious connection. Then, on our behalf, we express our desire to hand ourselves over to the higher guiding intellect in nature by developing positive connections among each other, or in simpler words, wishing to do good to everyone. 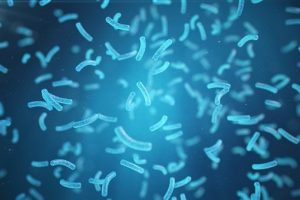