“At Highland Park, the Murderer Went for Jews” (Linkedin)

My new article on Linkedin “At Highland Park, the Murderer Went for Jews” 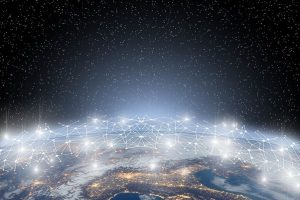 Four of the seven victims of the Highland Park mass shooting were Jewish, and probably many of the dozens who were injured. According to a JTA report, “Although local authorities have not yet said whether they believe the shooter’s motivation was antisemitic, [a] Highland Park rabbi reported that the suspect, whom authorities said had pre-planned his attack for weeks, had previously visited a synagogue: his own.” Moreover, “Yosef Schanowitz, the rabbi of the Highland Park Chabad, told the Orthodox news site Anash that he recognized the alleged shooter, who … had been turned away from Chabad by its armed security guard during a Passover Seder this year.” About half of Highland Park’s residents are Jewish; this mass murder did not aim at random victims; the murderer went for Jews.

I have said it more times than I can count, but no one seems to listen: The Jews in the US are in danger, mortal danger. The danger is only increasing, and at some point, these warning signs will explode, as has always happened to the Jews throughout the bloody history of our people.

Nothing will change that trajectory unless American Jews do what they must. They will suffer such excruciating torments that will force them to change their ways. Currently, if you speak with American Jews, they still feel on the top of the world. They feel entitled and superior. It is bound to hurt them; pride is the bane that has always hurt the Jews, in the end.

If American Jewry wants to avoid appearing in Simon Rawidowicz’s next edition of Israel—The Ever-Dying People, they must reevaluate everything. First and foremost, they must realign themselves with the basic Jewish tenets of unity and solidarity.

By unity, I am not referring to sympathy with Israel’s enemies, thereby displaying their aversion toward the State of Israel. What I mean is placing unity among Jews above all other values and establishing it among all factions, views, denominations, and opinions in our nation.

Jewish unity is the cure for antisemitism and the road to safety not because it makes Jews strong, but because it is the calling of our people to show the world that it is possible to unite without encroaching on people who think or feel differently, but simply by placing the value of unity above all other values. This is what the world expects from all Jews, whether or not it articulates it in explicit words.

Our nation was born when our ancestors gave up their pride and united “as one man with one heart.” Since then, it has been our duty to repeat our ancestors’ feat in every generation. When we succeed, we thrive. When we fail, we suffer.

Currently, American Jews are failing miserably in the test of unity. Admittedly, Israelis are failing, too, but in this piece, I am referring to the situation in America.

Either way, both communities will pay heavily for their division, and will have to choose between unity and success or division and destruction. This, in fact, has been our choice throughout the generations.*

* For more on the link between Jewish unity and antisemitism, read my publications The Jewish Choice: Unity or Anti-Semitism, Historical facts on anti-Semitism as a reflection of Jewish social discord, and Like a Bundle of Reeds: Why unity and mutual guarantee are today’s call of the hour.
[300051]

“Can we live in a disease-free world?” (Quora)