“The Folly of the Battle for Seniority” (Linkedin) 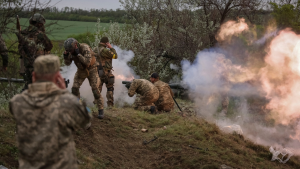 Whether it is a war between tribes in Africa or between countries in Europe, every war begins with an ideological dispute, which then translates into a military conflict. The same goes for the current war in eastern Europe.

The ideological question at the heart of the collision between Russia and Ukraine is far deeper than a territorial dispute; it is a war over establishing “my place in the world.” Russia claims that it was there first and the Ukrainians hardly deserve the title of “nation.” Ukrainians, on the other hand, assert that it is to the contrary, and they are in fact the elder nation. Historians will keep contending over who is right for a long time coming, and they will probably never agree.

We Jews, however, know only one thing for certain: Seniority does not matter. Although we are one of the most ancient peoples on the planet, and although we are the “root” of two religions that have spread throughout the world—Christianity and Islam—and of countless philosophies and teachings, it gives us no preference or favor in the eyes of the world.

In fact, we should be the first to point out the futility of fussing over seniority. Instead, we should stress that the family of nations should be more like a real family. In a family, some children are born earlier and some later, but they are still siblings, not enemies, and there are love and mutual support between them. As in a family, the elder siblings should not feel superior, but rather responsible for the wholeness and well-being of the family.

Seniority should mean a higher level of development. Yet, nothing is more primitive (and foolish) than using seniority to demand prerogatives. The fact that I came first gives me no right to patronize others. On the contrary, it makes me responsible for them.

Instead of warring over superiority, we should understand that we are worthy only when we unite above the differences, just like a family is a good family only when all its members are united and care for one another. The differences between us do not threaten us; they complement our weaknesses and help us achieve what we would be unable to achieve otherwise.

Just as complementarity is the basis of balance in nature, it should be the basis of human society. If we used each other’s qualities for the common good, we would all benefit from our uniqueness. We would value and care for each other precisely because we are so different.

Civilization is headed toward complementarity, not particularity. Today, those who patronize others will not succeed. It is simply the time in our evolution to correct the family of nations and begin to function like a good and caring family.
[298302]

“AI, Draw the Love between a Flower and a Bee” (Linkedin)

“What Can Make Us Caring” (Medium)
Podcast Powered by podPress (v8.8)