My new article on Linkedin “Russia-Ukraine War: The Pandora Box is Open” 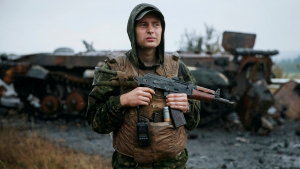 The ramifications of this war run much deeper than the impact it will cause to those directly involved in the conflict. It will reshape the world, as it is likely that other latent frictions between countries and territories will be activated as a consequence of the Russia-Ukraine situation. This war just opened an era of wars, small and large, between different peoples.

UK Prime Minister Boris Johnson recently said that this war could easily become “the biggest war in Europe since 1945”, and I agree. If countries with similar backgrounds cannot reach agreement between them, then how much more likely it is that several countries that have big differences and ancient conflicts may easily slip into war for no apparent justifiable reason.

On a personal level, it saddens me to see how fate turns around and once again we find ourselves at war. I am sorry and restless since I have many students in Russia and Ukraine who are under threat and feel how the deteriorating situation is affecting them and the whole world. In Israel, too, I have many students who follow with concern what is happening in Eastern Europe, anxious about the fate of their family members and friends.

My hope is that the manifestations of hatred between the Russians and the Ukrainians will stop soon, two peoples who have lived side by side throughout history. If it were still possible, I would give everything I could to silence, calm down, avoid the escalation, but this is impossible for now.

There is not much that we can do at this stage. We can only long for peace and a ceasefire, talk about all parties showing restraint. The parties in conflict could follow the example of the Native American tribes who buried their hostility in a ceremony during which previously warring tribes agreed to settle their differences and live in harmony, and sealed their agreement by the chief of each tribe burying a war hatchet in the ground.

Such a scenario does not look realistic under the current circumstances. Thus, above the forces of hostility, above the egoism and control as the driving forces of all the conflicts in the world, we can only raise a global prayer for peace, asking that we all get along with everyone. Because only in the power of connection and in the connection between our hearts, can a great positive force arise, a force that is able to unite all parties, to reconcile the haters, to awaken the truth in us all that we all belong to one soul. As it is written, “He who makes peace in His heights, may He make peace upon us…” (The Book of Job, 25:2)
[294362]

Will There Be A War?