“54 Nobel Laureates Are No Match To Petty Politicians” (Medium) 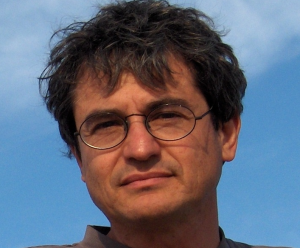 Physicists Sir Roger Penrose and Prof. Carlo Rovelli, as well as fifty-two other Nobel Laureates, are among the signatories of a new initiative called “Global Peace Dividend.” The initiative seeks to “reduce military spending by 2% in all countries,” thereby “save one trillion USD over 5 years,” and use the money “to fight planetary emergencies.” Since, as they write, “humankind faces risks that can only be averted through cooperation,” the scientists suggest that we “cooperate instead of fighting among ourselves.”

As much as I would like their initiative to succeed, Nobel laureates do not run the world; politicians run it, and they will go to any length and spare no effort to achieve military dominance, even if it leads us to an atomic, third world war, which it will.
We have a problem. Hatred, folly, and selfishness have climaxed to levels that form an impenetrable wall. Humanity is in a desperate state. This is how I see it.

In every society, the people who excel in its most dominant trait are its leaders. In an egoistic society, the most egoistic are the leaders. Human society is not only egoistic, but is growing more so by the day. Therefore, our leaders are the most self-centered. As such, they cannot see anything or think of anything but themselves. They will preach to us and pretend to care about people when in truth, their only goal is their seat at the helm.

It is not their fault; it is human nature, and they cannot go against the nature that drives them from within. They are totally enslaved to it and will do whatever it tells them. If it tells them that it is perfectly OK to destroy the economies of their own countries to keep up with the arms race, they will not hesitate for a minute.

Russia, for example, has extracted everything it could. Other than a few hundred super rich individuals, the rest of the people are in poverty. The US, too, is deteriorating rapidly. Yet, governments cannot control their passion for control. Remember the rule: In an egoistic society, the one at the top is the most egoistic. Therefore, people should not expect any benefits from the leaders.

The only time when politicians listen to scientists is when they tell them that they can develop a more lethal weapon that will give them military superiority. If they tell them anything else, they will reply, “Just give us nuclear weapons; we will know what to do with it.”

In 2020, the world economy shrank by more than 4%. During that same year, global arms purchases reached an all-time high of nearly two trillion dollars. This goes to show how focused world leaders are on their own objectives. One would think that if there is a recession, arms purchases would decrease, but the opposite occurred.

When you think about it from a self-centered perspective, it makes perfect sense: The worse off we are, the more money we need to spend on arming ourselves, since leaders are more likely to start wars. Since leaders need to keep their people from rebelling, they must incite them against others. So the worse we do financially, the more we need to spend on arms in order to prepare for war. And if you think that at some point the resources for weapons will run dry, I would not count on it; leaders will spend their last dime on weapons.

The only solution that does exist is to change the ego itself. The ego is the drive behind the arms race and the impending war. Hence, only changing the ego and reining it in will help prevent a war.

People who understand me should join forces and nurture unity, care for one another, and eventually love one another above all the differences. This is the only antidote to the virus of egoism. There is no other vaccine for it other than to try to care for one another despite our inherent alienation.

If we are already aware that we are dependent on each other, and that narcissism is our enemy, we should start working together on changing our behavior from self-centered to caring. Just as we currently teach ourselves to be selfish, we should teach ourselves that if we are selfish, we are hurting ourselves, so we had better learn to be unselfish. If many of us work on it together, around the world, then it is not too late.

For more on the importance of solidarity, see my book Self-Interest Vs. Altruism In The Global Era.
[291355]

“On The Verge Of Ruin” (Times Of Israel)

“We Can Make Inflation Work For Us” (Medium)
Podcast Powered by podPress (v8.8)