“The False Greatness Of The Great” (Linkedin)

My new article on Linkedin “The False Greatness of the Great” 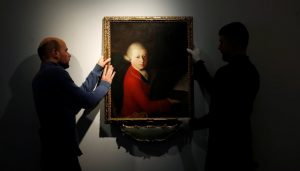 A cinematographer friend of mine told me that judging by today’s films, TV series, and social media posts, people are mostly busy with the most mundane “events” in people’s lives, such as eating, showering, and even defecating. When we look back in history, it seems as though these were not the things that interested us, but higher things, such as ideas and social movements. It seems as though there is nothing to write about our time.

I think that in truth, humanity was never sublime. We may like to muse about how civilized we were when classical music, theatre, painting, and sculpture were the popular forms of entertainment, but for the vast majority of people, life was just a struggle for survival; there was no room for entertainment.

Worse yet, precisely those whom we remember as great, were actually the worst of that generation. People who achieve greatness in the eyes of the public are always actually the most immoral and self-centered. Writers, composers, the lot, there was nothing good about them; check their biographies and you will see for yourselves.

I think we should redefine greatness. Instead of venerating people for their ability to write, compose, or paint, we should venerate those who do for others, not for themselves. Particularly, we should respect people who bring people together and make them feel united.

People who show how diversity contributes to society—rather than using cultural and ethnic differences to promote their own careers by inciting racism and exclusion—are today’s real heroes. Today’s values take us in the opposite direction from this feeling of mutual responsibility and care. If we want to build back better, we should build it together, and then we will succeed.

The more we succumb to division and separation, the weaker our society grows. Instead of joy and confidence, fear, suspicion, and hatred have the upper hand. No one will reverse this trend except for those who are afraid, suspicious, and hateful, namely all of us. We are the ones who suffer from the separation in society, we are the ones who have nothing to gain from it, unlike our “leaders,” so we are the ones who should choose unity over division.
[289314]

A Temple From Points In The Heart

“When Will Conspiracies About Jews End?” (Linkedin)
Podcast Powered by podPress (v8.8)