“When Will Conspiracies About Jews End?” (Linkedin)

My new article on Linkedin “When Will Conspiracies about Jews End?” 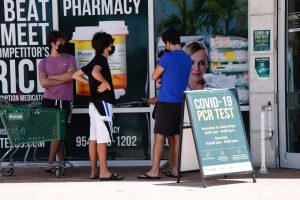 The latest fabrication about Jews is that we are profiting from the spread of the coronavirus. Who exactly are those Jewish profiteers? Is it all of them or just those who are scheming this? To the haters, it makes no difference. The only thing that matters is that the word “Jew” is attached once more to the word “blame.”

This isn’t new. We have been accused of every woe that humanity has ever suffered. Everything that upsets, offends, hurts, or otherwise displeases people, they often attribute to the Jews. Jews have suffered from blood libels such as baking matzahs (the Passover bread) with the blood of Christian children. In the Middle-Ages, they were accused of poisoning wells. Later, they were said to dominate the slave trade from Africa to America, and they have always been accused of disloyalty to the countries where they live.

When it comes to plagues, you can be certain that the blame will go to the Jews. We have been accused of causing the Black Death in the 14th century, spreading AIDS in the 20th century, and in this century, we are accused of spreading Covid-19.

In short, any view that people disagree with, they blame its invention on the Jews. As if all this is not enough, Jews have also been labeled as warmongers and as cowards, racists and cosmopolitans, spineless and unbending, and so on and so forth ad infinitum.

Yet, the fact that antisemitism is irrational does not mean that it is without merit, without a root that causes it. In fact, thinking that there is no reason for antisemitism is just as irrational as antisemitism itself. Just as there is no smoke without a fire, nothing can happen without something that causes it. In the case of Jew-hatred, that something has been fueling the fire for millennia. Therefore, since there is clearly a cause, we should find it, treat it if we can, and cure it before the flames burst once again and land another blow on our people.

So how will Jew-hatred end? I think we can find the answer in the words of Dr. Kurt Fleischer, leader of the Liberals in the Berlin Jewish Community Assembly before the Nazis came to power. In 1929, he argued, “Anti-Semitism is the scourge that God has sent us in order to lead us together and weld us together.”

We established our nationhood when we pledged to unite “as one man with one heart”; we were dispersed and exiled for hating one another for no reason; and we will regain our nationhood when we restore our unity. We were chosen to set an example, to be “a light unto nations,” and no declarations that we are like everyone else will help. Our “chosenness” has never been about science, culture, or ingenuity.

We have given the world Albert Einstein, Sigmund Freud, and Leonard Bernstein. A quarter of Nobel Prize laureates are Jewish, though we are only 0.2% of the world’s population, but is anyone thankful? I have yet to hear applause.

The world does not thank us for our contribution in these fields because this is not the contribution it expects from us. The world is not ungrateful; it is dissatisfied because it is not getting what it really needs from us: an example of unity.

Our sages have always told us that when we are united, we are so strong that no one can defeat us. It is true not because of our military might, but because our unity inverts the nations’ hatred toward us into respect and gratitude.

The more divided the world becomes, the more it grows antisemitic. It is not a conscious process, but a natural, instinctive reaction on the part of a world that awaits an example of unity, and no one can provide it but the group that has been designated to do so: the Jewish people.

We need not fight against antisemitism; it is a waste of time. We need to fight against our hatred for each other. This is the only cure for the growing Jew-hatred and the storm clouds amassing around the Jewish people once again.
[289362]

“The False Greatness Of The Great” (Linkedin)

“The Climate Waits For No One” (Linkedin)
Podcast Powered by podPress (v8.8)