“When Jews Turn On Jews, So Does Netflix” (Linkedin)

My new article on Linkedin “When Jews Turn on Jews, So Does Netflix” 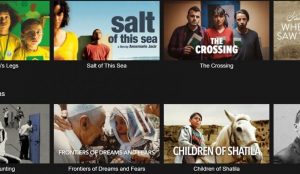 Last week, Netflix launched a new collection of Palestinian films professing to portray “the truth” about the Israeli-Palestinian conflict. But with 89% of the films being directed by BDS supporters, there is little hope that there will be any attempt to present a truthful, let alone balanced picture of reality. The films, which play on people’s most vulnerable emotional triggers, are bound to create even stronger anti-Israel sentiments than people feel already.

I share the frustration of those trying to fight against the demonization of Israel. However, I think that we are shooting ourselves in the foot by trying to explain ourselves instead of addressing our division, which is the root cause of the hatred toward us.

From the history of our people, and from the words of our sages at every generation, we know that the people of Israel determine their own destiny. The Book of Zohar (Pinhas 64) writes that Israel are not subject to fate or to luck; the Talmud (Shabbat 156a) states that Israel have no fate, meaning that they are not bound by it; and other sources state likewise.

When you look at how the world treats Jews, it is easy to see that we are always singled out, usually for condemnation. Jews were condemned before they were allowed to mingle with the nations in the Diaspora; Jews were singled out before there was a Jewish state; Jews are singled out now that there is a state; and if the Jewish state ceases to exist and a Palestinian state is established in its place, they will still be singled out for condemnation. Jews have been persecuted and executed for different reasons at different times because the root of Jew-hatred has nothing to do with the present circumstances of the Jews, but with their eternal duty. Until they carry it out, the world will hate them and despise them. When they carry it out, the world will love and appreciate them.

According to the book Sifrey Devarim, in antiquity, when Jews celebrated their unity during the festivals of pilgrimage, people from the world over would “go up to Jerusalem and see Israel … and say, ‘It is becoming to cling only to this nation.’” Conversely, the Talmud (Yoma 9b) explains that Nebuchadnezzar conquered Israel and destroyed the First Temple because the people of Israel spoke to one another “with daggers in their tongues.” Similarly, the Second Temple was destroyed by Sina’at Hinam (unfounded hatred, hatred for no reason), say all our sages. Our cataclysms throughout history have all followed prolonged periods of division and self-hatred.

I have spoken to prominent Israeli academics who are active in the BDS movement; I saw how adamant they are in their objection to the State of Israel. In my view, subconsciously, they are trying to protect themselves by showing hatred for their own people. However, condemning their own nation and their own people will not help them escape the world’s wrath. Only our unity, precisely above those deep chasms that splinter the Israeli society will earn us the world’s favor.

We have to focus on educating ourselves on the importance of internal unity. This is the only thing we can or should do. If more Israelis understand the unique role of our people, the level of cohesion and solidarity that our nation is required to achieve, we will merit the world’s respect, and ultimately affection. But if we shun our vocation and choose division, then Netflix’s antisemitic films will be the least of our problems.

To elaborate on the topic, and to get a more historic perspective on the significance of unity precisely for the Jewish people, read my book The Jewish Choice: Unity or Antisemitism.
[288960]

“Prince William’s Call To Forget Space And Focus On Earth Won’t Save It” (Linkedin)
Podcast Powered by podPress (v8.8)