“The Odd Link Between Antisemitism And Zionism” (Linkedin) 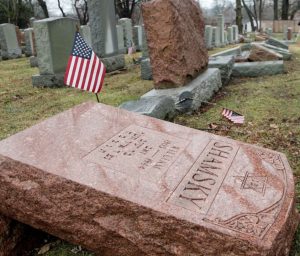 In 1929, Dr. Kurt Fleischer, leader of the Liberals in the Berlin Jewish Community Assembly, made a peculiar statement: “Anti-Semitism is the scourge that God has sent us in order to lead us together and weld us together.” Regrettably, the awareness of the linkage between antisemitism and Jewish unity did not percolate into people’s awareness, and the results were horrific. When I was a young man in the former Soviet Union, the government strictly prohibited overt displays of antisemitism. There was no love for Jews in the USSR, but the government knew that antisemitism would scare the Jews and make them want to move to Israel. Since the government did not want to lose Jewish scientists, it prohibited open displays of Jew-hatred. It turns out that antisemitism increases Jewish unity and Zionism.

There is a profound reason that antisemitism is connected to Zionism and Jewish unity. The whole purpose of Judaism is to display unity. The Jewish people achieved nationhood only once they united “as one man with one heart” at the foot of Mt. Sinai. Immediately following, they were told, in singular form since they have become as one: “This day you have become a people” (Deut. 27:9).

The same phenomenon exists today in France, where antisemitism is pervasive. As a result, a record number of French Jews have made Aliyah (migrated to Israel) in recent years. Now, a similar phenomenon is beginning in the United States.

The opposite is also true. When Jews do not feel the world’s hatred, many of them leave Israel and assimilate in countries all over the world, seeking to disengage from their Jewish legacy. It is almost as if antisemitism defines Jews as Jews, and the lack thereof disconnects them from it.

I, too, came to Israel because I felt like a stranger in the Soviet Union, like an outcast, despite being born there. I didn’t experience overt antisemitism, as it was forbidden to do so, but it was always in the background. This is why as soon as I could leave the USSR, I left for Israel. I knew that this would be the only place where I could be a Jew and not have to hide that part of me. Although I was in no way observant or religious, it was still a part of my history, my tradition, and my legacy. Having to conceal it meant having to conceal a part of me, and I did not want that.

Returning to our topic, there is a profound reason that antisemitism is connected to Zionism and Jewish unity. The whole purpose of Judaism is to display unity. The Jewish people achieved nationhood only once they united “as one man with one heart” at the foot of Mt. Sinai. Immediately following, they were told, in singular form since they have become as one: “This day you have become a people” (Deut. 27:9).

Once they became a nation, the Jews were tasked with spreading the light of unity that they had achieved, namely with being “a light unto nations.” Indeed, if we review the pivotal events in Jewish history, it is quite evident that each catastrophe in the chronicles of the Jews comes after an extended period of growing division and internal hatred.

In some cases, as with the ruin of the First and Second Temples, the rift causes an expulsion of the people of Israel from the land of Israel. In other cases, such as that of Queen Esther toward the end of the exile in Babylon, the Jews manage to unite in time, which saves them from extinction and even grants them sovereignty in the land of Israel after having lost it due to their own division.

There are many more notable events in Jewish history where the link between unity and success, or division and calamity, is manifest. I have elaborated on some of them in my publication The Jewish Choice: Unity or Antisemitism; you are welcome to get it and see for yourselves.

Today, there is no Jewish unity. Since the establishment of the State of Israel, we have been growing progressively divided. Currently, the levels of division and hatred among us are reaching dangerous levels, which can lead us to another cataclysm of historic proportions.

While we still have sovereignty, we can reverse the trajectory. Division is certain to lead us to annihilation; unity will surely lead us to prosperity and happiness. Will we resist the lure of righteous indignation and the delight of self-righteousness? I don’t know. What I do know is that if we bite on the bait, it will end our days as a sovereign nation and Jews all over the world will suffer unspeakable torments.
[287909]

“Living In A False Reality” (Linkedin)