My new article on Linkedin “The Mother Lode of International Terrorism” 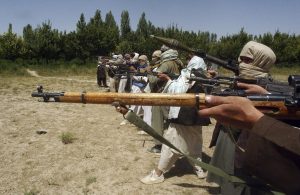 Twenty years after the September 11 attacks, the US army has pulled out of Afghanistan, which it conquered following the attack in order to prevent the making of a terror state. Twenty years, nearly 2,400 casualties, and 2.3 trillion dollars later, the United States has left Afghanistan having achieved the exact opposite of its original intention. Equipped with American weaponry, and cushioned with American and international funding, the Taliban is well on its way to create the mother lode of terror states. Through its desire to destroy it, America has bolstered the very monster it had set out to destroy.

Truth be told, I don’t think it could have turned out any other way. Even if it fought against the Taliban twenty-four hours a day the entire twenty years, America would not succeed. It was a guerilla war, and the Taliban were fighting for their faith and for their way of life. In such wars, an invading army, however strong, never wins.

Now that they have their Islamic state, they can carry on with their plan: to wave the green banner of Islam the world over. For the time being, there are conflicts among radical Islamist groups. However, I think that ultimately, they will unite under one banner, one organization, and make all the countries bow before them, including today’s superpowers.

It is already clear that the dominant countries of the previous century are in various stages of disintegration. They will not last long. The only superpower that will remain is the newcomer in this arena: China.

Admittedly, China is somewhat of a riddle. It does not want to control or dominate in the old sense of the word, at least not the way America and Russia did. It is stretching its arms through purchasing economically strategic facilities, but the benefits of this strategy are still unclear. China produces most of the world’s goods, but production is not an ideology, so it is not clear what it wants. I admit that China baffles me.

Be that as it may, controlling international trade and finances does not last. It is an especially precarious venture when the world is going through such tectonic shifts. It seems to me that China’s attempt to make the world dependent on its production power is only making it dependent on the world. Now that the global economy is slowing, the world’s producers, and first and foremost China, will be the hardest hit.

But in the end, of course, it will all concentrate around Israel. When all the ideologies and power struggles leave the world disillusioned and exhausted, Israel will remain as humanity’s last hope, provided it operates as Israel should. This will be the time when Israel itself will have to unite above all its inner rifts and divisions, and set an example of unity.

The world, torn by hatred and violence, will look to Israel for answers, as it always does in times of crisis. At that time, if Israel rises to the challenge and unites, the world will follow suit, unity will prevail, and the world’s gratitude will be given to Israel. If, however, Israel remains as it is today—fragmented and filled with inner hate—the world will unite against Israel and unleash its wrath against it. Indeed, tectonic shifts are coming.
[287218]

“What Is The Most Important Subject In The Arts That Needs To Be Discussed And Why?” (Quora)

“Look Beyond The Screens” (Linkedin)
Podcast Powered by podPress (v8.8)