“Our Own Worst Enemy” (Linkedin)

My new article on Linkedin “Our Own Worst Enemy” 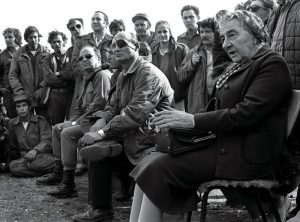 Two things happened this week, which pertain to past wars: We commemorated the 54th anniversary of the Six-Day War in 1967, and new documents were released, which portray the hubris of decision makers leading to the Yom Kippur War (aka October War) in 1973. In the military sense, the Six-Day War was a surprisingly easy and sweeping victory, while the Yom Kippur War was a victory achieved at a great cost mainly because of the hubris that resulted from the previous campaign’s overwhelming success. In between the two campaigns was a prolonged war of attrition that regrettably did not abate our overconfidence.

There are important lessons to learn from the wars of the past, but there is one lesson that far outweighs all the others: It is impossible to win a war using only military means. An army can buy time, but the only way to win a war is to win it internally. In other words, while we won on the battlefield, we lost the war against ourselves. Since the Six-Day War, we have become a divided society. Conceit, vanity, and hatred of others have pervaded our nation and a sense of entitlement took over the gratitude for the return from a two-thousand years long exile.

And worst of all, even though we did not manage to unite the nation before the Six-Day war, after our great victory, we shunned unity even more. We have completely abandoned our vocation to be a virtuous people, a light unto nations that serves as a role model of love of others, that cultivates “Love your neighbor as yourself.” Instead of preaching for unity, as did Abraham, Moses, and the rest of the founders of our nation, we have come to pride ourselves in our military, technological, and industrial abilities. And because we have abandoned our vocation, the nations have abandoned us.

As long as we have external enemies who wish to wipe us off the face of the Earth, we must fight for our lives, and win! However, we mustn’t forget that at the end of the day, we are our own worst enemy. As soon as we connect among ourselves, our enemies will connect with us.

In the 1950s, the great kabbalist and thinker Rav Yehuda Ashlag, wrote that a “return such as today’s,” namely without unity, “does not impress the nations whatsoever, and we must fear lest they will sell Israel’s independence for their needs.” Evidently, Ashlag was right. Today, no country supports the Jewish state. We may tell ourselves that it is because we cannot explain our position properly, but in truth, it makes no difference what we say as long as we are spewing hatred of each other. The world simply does not want us around if we hate one another because in such a state, we are not a role model nation but the opposite, and the world does not want us if we set a bad example.

“What Is The Highest Form Of Freedom?” (Quora)