“Is National Identity A Thing Of The Past?” (Linkedin)

My new article on Linkedin “Is National Identity a Thing of the Past?” 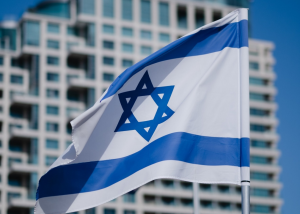 But when it comes to Israel, the picture is very different: No one wants us to lose our identity, not our neighbors, and not the entire world. Everyone is demanding Israel to be certain things and do certain things, while Israelis only want Israel to be a country among countries, an unassuming member of the family of nations. Yet, everyone is singling us out, usually for condemnation, while we have no idea what it is they want from us.

The problem is not with the world; it is with us. If we knew what the people of Israel are about, we would know why the world is always demanding toward us and what we need to do about it.

Everyone knows that the father of the Jewish nation was Abraham, whose lineage evolved into what we now recognize as Jews. However, although the Midrash wrote about it, Maimonides wrote about it, and countless other sages have mentioned it throughout the ages, we forget that Abraham formed the nation after he looked into reality, realized that the separation that has plagued humankind since its inception is contradictory to nature, and built his group according to the principles of mutual responsibility and kindness embodied in the words “Love your neighbor as yourself.” In this way, he formed a nation that operated in congruence with the rest of nature. Over the years, Abraham’s group had evolved into a nation, and this is how the Jews came to be.

The contradictory manner of connection among people continued to plague them and wreak havoc on humanity. Wars claimed millions of lives, and famine, abuse, and oppression were the norm. At the same time, the Jews, the descendants of Abraham’s group, developed a society based on mutual responsibility and love, and thrived despite countless attempts to destroy it. The world realized that the Jews had found the way to unity and wanted it, too. The Jews, too, felt that it was their onus to be “a light unto nations,” to set an example of unity for the rest of the world. As a result, whenever the Jews fell prey to division, the nations hated them, since they had no example to follow, and when Jews united, the world praised and admired them.

The onus on the Jews to exemplify unity is the reason that the nations do not let us forget who we are, blend among them, and vanish. This onus is also why we do want to blend and vanish, since we do not want to unite, and certainly not to be anyone’s model of unity.

But the world will not let us disappear. Our unique identity, which stems from our unique duty, has no expiration date. The more the world falls into enmity, the more it will blame us for it. It will not tell us that it is accusing us of not setting an example, but when we do it, we will see that we are welcome. As long as we do not set an example, nothing that we do will help us ease their anger. The more we turn away from each other and cater to the nations, attempting to appease them, the more they will hate us and despise us. The more we turn to each other and strive to unite above our hatred, the more they will praise us. This has been, is, and always will be the one rule dominating the fate of the Jewish people.
[284113]

“How We Summon Our Enemies” (Linkedin)
Podcast Powered by podPress (v8.8)