“Hatred Around Every Corner” (Linkedin)

My new article on Linkedin “Hatred Around Every Corner” 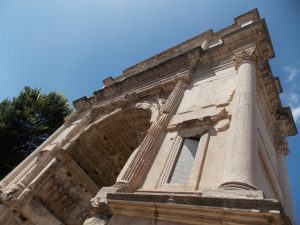 Today, Sunday, is the 17th of the Hebrew month of Tammuz. On that day, some 2,000 years ago, the Romans breached the walls of Jerusalem. Three weeks later, they reached the Temple and destroyed it, then exiled the remaining Jews from Jerusalem and we lost our sovereignty. But it weren’t the Romans who had conquered us. It was our own hatred that had set us off against each other. The Jewish-turned-Roman historian Flavius Josephus put it very simply: “The sedition destroyed the city, and the Romans destroyed the sedition.”

Israel regained independence 73 years ago, but we did not fortify our sovereignty with unity. In the absence of unity, sedition will destroy the country once again. Wherever you look, there is hatred. Within families, among different factions in the nation, among political parties, hatred sets the tone wherever you look. In fact, hatred is so prominent here that if we had to fight the Romans once again, we would destroy each other instead, just as our ancestors did two millennia ago.

Our nation was founded on unity, and on unity alone. We were declared a nation only when we pledged to love each other as ourselves, to be “as one man with one heart.” Among the first Israelites, who came from all over the Fertile Crescent, there were no other connections other than the pledge to forge unity and mutual responsibility. This was why our nation was so unique.

Two thousand years ago, the process of capitulating to our ego and division culminated in the civil war that ended with the ruin of the Temple. That hatred obliterated our peoplehood and destroyed the very basis of our nation: unity above all. Since the ruin of the Temple, we have not healed the hatred that destroyed it, and as a result, we have not regained the right to be regarded as a nation.

King Solomon stated, “Hate stirs strife, and love will cover all crimes” (Prov. 10:12). We are pious when it comes to fulfilling the first part of the verse, but we are equally irreverent when it comes to fulfilling its second part. As long as we let hatred set the tone among us, we will not merit the title “nation” and the country will decline to the point of collapse.

The choice is in our hands. If we choose unity, we will thrive and prosper. If we succumb to our egos and let division, derision, and odium come over us, we will be ousted and persecuted as we have been for the past two millennia.
[284200]

“Why Do We Consider Some Lives To Be Worth More Than Others?” (Quora)