“One Name, One Nation?” (Linkedin)

My new article on Linkedin “One Name, One Nation?” 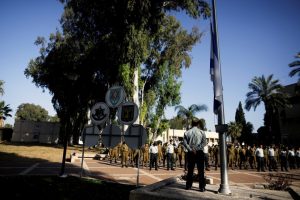 The tragedy on Mt. Meron, where 45 Orthodox Jews were crushed to death in a narrow passageway as thousands of fellow celebrants tried to squeeze their way out of a festive gathering on the festival of Lag ba Omer is a tragic and utterly redundant accident. In the wake of the disaster, a heartwarming phenomenon has emerged, which no one had expected. Many secular Jews, who are usually worlds apart from the Orthodox community, sympathized with the grieving families. Many of them expressed their sympathy online, and some of them even traveled to the mourners’ homes to comfort them. The Orthodox Jews, who are usually very cold and patronizing toward secular Jews, embraced those displays of empathy and everyone who witnessed these sights wished that we could always be like that, brethren of the same nation, without the need for tragedies to remind us of our ancestry.

In order to create a lasting connection between the two camps, they have to place unity above their current values. At the moment, they are nowhere near this and are not headed in this direction whatsoever. Unity is the thing they care about the least; the victory of their own values over the values of the other camp is all they want. Can there be unity in such a state? Can they even be regarded as one nation?

I believe their wish is honest, but regrettably, it is only a wish. When life returns to normalcy, the parties will return to enmity. Looking forward, I don’t see our future as bright, since I don’t see an inclination to unite the factions in the people of Israel. In 1940, my teacher’s father, the great kabbalist Baal HaSulam, wrote that Jews are like a bag of nuts, held together by blows. But when there are no blows, it is as though the bag is torn and the nuts disperse in every direction. Regrettably, the hatred, repulsion, and alienation in our hearts are so deep that I don’t think this event, or any tragedy, for that matter, can bring us together.

The problem is that the values of Orthodox Jews and secular Jews are so far apart that there is nothing that can bridge them. They are literally worlds apart. For the Orthodox, the ultimate goal in life is to dedicate themselves to worshipping God as they understand it. At the same time, the other faction strives to lead a Western lifestyle with secular values. This is why when the sadness over the loss subsides, only the chasm between two vastly different ways of life will remain, perceptions of reality that cannot live side by side. I am sorry to say this but no tragedy can set in motion a force that will bring those worlds together.

If you look at Orthodox weddings, bar mitzvahs, and other occasions that people celebrate, you will rarely find anyone there who isn’t an Orthodox Jew. If you do happen to see there someone who doesn’t look Orthodox, it is probably a politician looking to garner voters or clout in an untapped territory. Likewise, you will not find Orthodox Jews in celebrations of secular Israelis. The two are indeed worlds apart. The values, the most important issues to the two parties hold dear, are not only vastly different, they are opposite.

In order to create a lasting connection between the two camps, they have to place unity above their current values. At the moment, they are nowhere near this and are not headed in this direction whatsoever. Unity is the thing they care about the least; the victory of their own values over the values of the other camp is all they want. Can there be unity in such a state? Can they even be regarded as one nation?

I think that until all of us, all the parties regarded as belonging to the Jewish nation, put unity on top, or in simpler worlds, make “Love your neighbor as yourself” our prime value, we have no chance of uniting. On the contrary, the more we remain under the same political entity without building unity, the more we will increase the hatred that already exists between the factions. As things stand, the best next step should be to divide the country into two separate entities, as Abraham said to Lot: “Please separate from me; if to the left, then I will go to the right; or if to the right, then I will go to the left” (Gen. 13:9). Once we realize that this is not the way we want to live, probably after countless ordeals and traumas, we will be able to put unity on top of everything. Then, and only then, we will succeed.

“How Can I Win The Hearts And Love Of Other People?” (Quora)

Fjords Of The Soul
Podcast Powered by podPress (v8.8)