“When Is The Best Time To Wish Happy Hanukkah?” (Quora)

Michael Laitman, On Quora: “When is the best time to wish Happy Hanukkah?“

There are always times for miracles.

Miracles are supernatural phenomena, but we can help them emerge according to how we direct our desires. If we want to positively connect to each other above our egoistic desires for self-benefit, then we attract unifying forces in nature to manifest in the space between us, and with their support, we can bring peace and balance to our connections, to human society, and make the world a safe and harmonious place.

That is the essence of the process that takes place at Hanukkah. 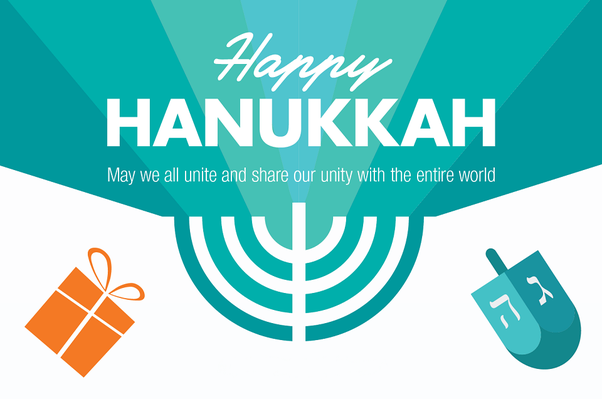 In terms of the Hanukkah story, the Maccabees prioritized their unity and drew the light that granted them the ability to remain in the state of love, bestowal and positive connection, and then started drawing more and more people to themselves.

The oil represents people’s desires to connect as a single harmonious whole in society.

The wick represents people’s efforts to unite above the divisive reasoning of the human ego, which constantly calculates self-benefit over benefit of others.

The clash of people’s efforts to unite upon the egoistic rejection to unity generates a burning desire to come closer together, and then a certain “click” takes place, a miraculous light illuminates within that continuously fuels the blaze of their burning desires.

Then, by sustaining the efforts to love, give and positively connect to each other, and wishing for this tendency to spread outwardly to humanity at large, they gain a constant fuel for the lamp to stay alight.

While people can unite in a variety of ways, the essence of all these miracles is that we unite so that a new quality—love and bestowal—illuminates in us, and that it elevates us to another level of awareness, emotion, perception and sensation of reality.

Therefore, the best time to wish the miracle of unification upon the growing divisive ego would be sooner rather than later, as it would spare humanity much suffering going forth.

Don’t Be Afraid Of Being Ridiculed