New Life 474 – Disconnection Between The People And Their Leaders 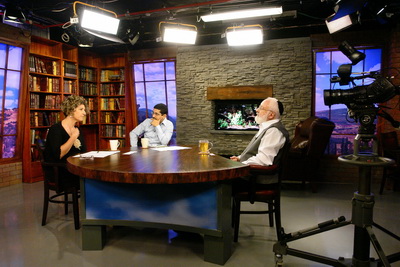 New Life 474 – Disconnection Between The People And Their Leaders
Dr. Michael Laitman in conversation with Oren Levi and Yael Leshed-Harel

Today, governance is bought for money. There is no relationship between leaders and the public but only between the public and the media. The media don’t do their job to connect people in a positive way.

In the animal world there is a king, a leader, and a pride. It was also the same at the beginning of human history. Everyone used to be ruled by the king, but the idea of monarchy gradually declined and then sages became the representatives of the upper force. Now, people no longer believe that there are representatives of the upper force in this world. What is needed is a deep, comprehensive process of social education that will guide all of us to value connection and unity.

When we aim ourselves toward connection and unity, we will be able to choose the right person to lead us in this direction. We will elect a group of leaders who will emerge from the people who adhere to the principle “love thy friend as thyself,” wise people who will lead the nation of Israel toward the fulfillment of their destiny.
From KabTV’s “New Life 474 – Disconnection Between The People And Their Leaders,” 12/16/14

The Most Precious Gem

To Love Is To Rejoice In The Success Of Another
Podcast Powered by podPress (v8.8)