“The Sharp Message Of Demonstrators To Bezos” (Medium) 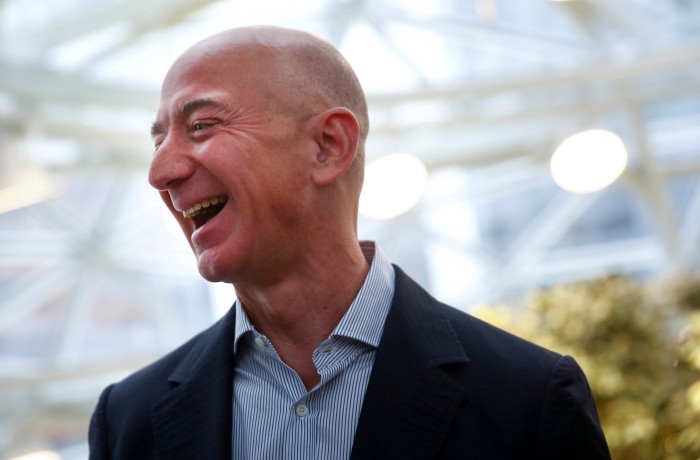 This week, demonstrators constructed a guillotine outside Jeff Bezos’ mansion in Washington, DC, and demanded a raise. Indeed, when you have a crooked economic system, you have crooked wage gaps. If the rules allow and support the creation of such unjust social structures, then it’s not the people who use it that you should change; it’s the system itself that needs changing.

Instead of waiting for a breakdown to happen, we must set up a line of courses that inform people about the situation we are all in. People must know that destroying the wealthy will not be helpful to anyone, since we are in an era where everyone is responsible for everyone else.

When the system is built to create inequality, you cannot blame those who are smart enough to exploit it, since each of us, and each of the demonstrators, would exploit it just as readily if we had Bezos’ guts, resourcefulness, and wit. Nevertheless, the super rich must know that unless they develop a pro-social attitude, the mob will get to them regardless of the rules. We’ve seen it happen elsewhere, and it can easily happen in America.

It’s true that the whole system is rigged, and crony capitalism is the basis of politics everywhere, including in America. If that’s the case, why shouldn’t people like Jeff Bezos take advantage of their clout to bend the rules in their favor? After all, he truly built his empire with his own two hands; he is the epitome of the realization of the American Dream, so why shouldn’t he enjoy it?

While this is the truth, people can no longer accept it. We have entered an era where injustice and inequality are unacceptable even in a country that puts personal success on a pedestal. People on both sides of the political map are becoming more socially aware and demand social accountability from leaders and from powerful individuals. People are beginning to feel that they are truly one system, one society, and therefore any kind of inequality is unjust, be it racial or financial. Without proper treatment of this growing intolerance, it will lead to violence, and eventually to social breakdown. We can already see it happening in many places in America, but it is still reversible.

Instead of waiting for a breakdown to happen, we must set up a line of courses that inform people about the situation we are all in. People must know that destroying the wealthy will not be helpful to anyone, since we are in an era where everyone is responsible for everyone else. In such a time, there must be mutual support, and destruction of the rich without building a just and sustainable system will only exacerbate the problems. After all, the rich are also the job providers. There needs to be justice, but there also needs to be common sense.

The current atmosphere in most places in America is toxic; people hate and suspect anyone who isn’t from their “side.” This is an extremely dangerous situation. People must become aware that destroying one side will only lead to their own destruction too, since everyone is mutually dependent. If people aren’t aware of it, they will seek to destroy anyone they disagree with, and the road to mayhem is paved and quick.

Today’s foremost task for the rich is to establish the line of courses that teaches this, as this is the only road for America to save itself and its citizens from harm’s way, including the wealthy. The famous playwright Anton Chekhov wrote that if a gun appears in the first act of a play, it will shoot in the final act. We are clearly in the first act of the demonstrations, and already, a guillotine appeared. I think it is unwise to ignore the message.

“Fall Is Here, And So Is Covid” (Medium)

Inside The Law Of Mutual Guarantee
Podcast Powered by podPress (v8.8)