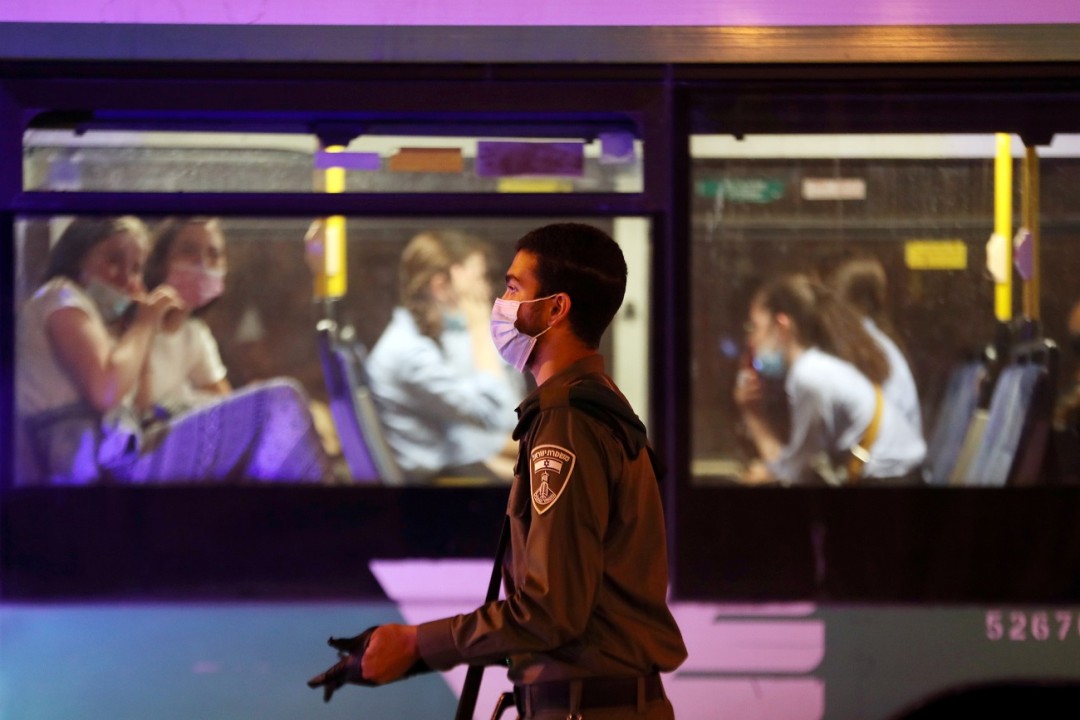 Some six months ago, the first Covid-19 patient passed away in Israel. Now, after breaking another record in the number of new confirmed cases and widening our “lead” as the country with the most infections per-capita, we are finally beginning to realize that there is a real problem here, that people are really dying, and that we are losing control over the pandemic.

We did not become a nation for our own purposes, but in order to be “a light unto nations,” to show the world how love can cover all the crimes, all the hatred, and through our own example lead the way to unity, so they could do the same.

I warned about it months ago; I said that if we don’t do what we must, we will be among the countries that will be struck the hardest. And not only in confirmed Covid cases, but also in unemployment and social disintegration.

We shouldn’t be surprised that this is happening. We didn’t do what we must, so the pandemic is spreading in Israel and around the world faster than the forest fires in California. And if people blame us for it, they are only echoing what our sages said thousands of years ago: “No calamity comes to the world but because of Israel” (Yevamot 63a). Covid-19 is certainly a calamity, but it will get much worse unless we Israelis begin to act as Israelis.

And here is what being Israelis means: Our nation was forged when we agreed to unite “as one man with one heart.” We didn’t like each other; we didn’t agree; and we didn’t want to be together. We came from different clans and tribes from all over the Fertile Crescent and we joined Abraham’s group because we liked what he taught, that we should love each other above our differences. However, it’s not as if we really cared for one another, not at first anyway. But there, at the foot of Mt. Sinai, after escaping from Egypt we finally agreed to unite as one above our disparities and disputes.

At that moment, we became a nation. And even though we fell into belligerence and struggles soon after, we always knew what we are meant to do. In the words of King Solomon, “Hate stirs strife, and love will cover all crimes” (Proverbs 10:12).

Yet, we did not become a nation for our own purposes, but in order to be “a light unto nations,” to show the world how love can cover all the crimes, all the hatred, and through our own example lead the way to unity, so they could do the same.

Today, although we have regained sovereignty, Israel is anything but united. It is torn apart into sects and factions, classes, political views, private sector vs. public sector, and religious vs. secular. Each faction of the nation wants its piece of the pie to be as big as possible regardless of its own size or needs, and regardless of the needs of other factions in the nation.

Moreover, the Israeli society as a whole is oceans apart from American Jewish, not just physically, but mainly emotionally. There is a deep chasm between the way that American Jewry perceives Judaism and Israel, and the way Israelis perceive them. This makes the two most predominant Jewish communities in the world perpetually at odds with one another.

The book Sefat Emet writes, “The truth is that everything depends on the children of Israel. As they correct themselves, all creations follow them.” Currently, we are not correcting ourselves; we are only breaking apart more deeply by the day.

Covid-19 saved us. It stopped us en route to annihilation. It enabled us to reflect on our society and start fixing it, making it more cohesive and caring, and by that, at long last set a positive example to the world.

We didn’t take the opportunity; we blew it. So as the world looked in awe as we were prevailing over the virus in the beginning, now it looks in bewilderment as we are falling behind all other countries due to our surrender to the whims of our factions and sects. Once again, division is the source of our troubles yet we are too busy indulging in righteous indignation to recognize it.

It is written that Israel is a stiff-necked people, and indeed we are very obstinate. Being obstinate can be advantageous, but it also has its limits. At some point, a critical mass of people will point a blaming finger at Israel and say that we are the cause of all their troubles, and nothing we can say will convince them otherwise. If we get there, Israel will be in big trouble. Before it happens, we must do what we were meant to do from day one: Unite and in this way set an example, so the whole world will look at us and do the same.

Surprisingly, The Book of Zohar (Aharei Mot) wrote about our situation and the solution to it nearly two thousand years ago: “‘Behold, how good and how pleasant it is for brothers to also sit together.’ These are the friends as they sit together and are not separated from each other. At first, they seem like people at war, wishing to kill one another … then they return to being in brotherly love. …And you, the friends who are here, as you were in fondness and love before, henceforth you will also not part from one another … and by your merit, there will be peace in the world.”

“Caring For Each Other Heals” (Medium)
Podcast Powered by podPress (v8.8)