“What Do You Think About Suicide?” (Quora)

Michael Laitman, On Quora: “What do you think about suicide?“

Suicide is an unforgivable act.

It is a final statement of a person to his family, friends and relatives that he does not accept what he receives in life, that he cannot justify what is happening to him, that he deserves something else, and that he gives up on fighting for whatever he thinks he deserves.

It is an act of betrayal to those who love and care about the person. That is, instead of involving others to work on finding a solution together, the suicidal person retreats into his own self-aimed thoughts and feelings, prioritizing the elimination of his own pains and pressures over the negative effect that the act has on others.

However, there are two sides to every coin. The fact that suicidal people lose hope and see no light at the end of the tunnel is also because they feel no support at the end of that tunnel. 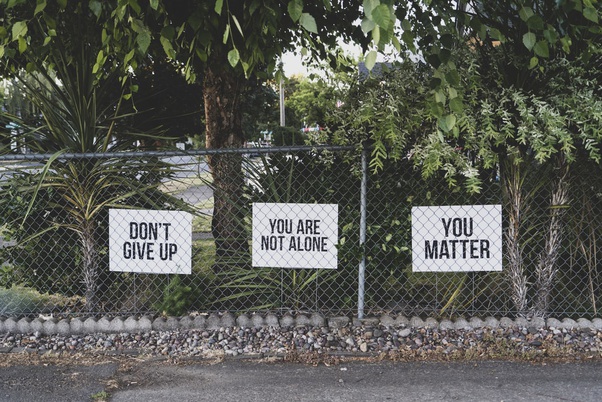 Therefore, as with any problem in life, we need to bear mutual responsibility for that problem. In other words, we all carry the blame for failing to actively build a society that provides everything people need in order to live healthy and happy lives, i.e., conditions that would prevent people from considering suicide in the first place.

For instance, where are the mechanisms in society that check whether people have the essentials they need, both in terms of basic survival necessities as well as psychological support?

It is true that we live in very stressful and difficult times, and we can expect them to become more stressful and difficult. We thus need to think seriously about how we can organize teams and groups that will distribute life’s essentials to people in need of them, to save people from becoming cornered into choking financial and psychological situations that often bring about insurmountable stress and depression, and also teams and groups that will be able to talk with people, providing them with ongoing psychological support.

For more on this topic, watch the following video (the topic of suicide starts at 8 min.): News of the Week with Kabbalist Dr. Michael Laitman and Oren Levi

Above photo by Dan Meyers on Unsplash.

A Circle Where There Is Room For Everyone

Apocalypse Or Birth Of The New
Podcast Powered by podPress (v8.8)